What books not to miss in 2009
Claire Armitstead writing in The Guardian, Tuesday 30 December 2008 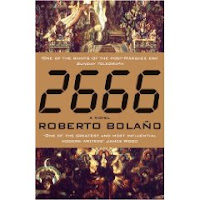 Set 2666 by Roberto Bolano
The first big hitter of 2009 is large in every sense: it's a 900-page, five-part epic set in a fictional city on the US-Mexico border where hundreds of young female factory workers have mysteriously disappeared. Bolano, from Chile, has long been recognised as one of the greats of late 20th- and early 21st-century fiction, but it's only now, five years after his death, that he's getting his full due in the UK. Hailed by the New York Times as "a landmark in what's possible for the novel", this sweeping book makes a triumphant finale to his career.
• Picador, Jan. 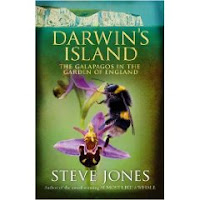 Darwin's Island by Steve Jones, Darwin's Sacred Cause by Adrian Desmond and James Moore
The bicentenary of Darwin's birth looks set to spawn a pondful of reassessments. First in is Jones who, not content with updating The Origin of Species, now sets himself the task of looking at the great biologist in his native habitat - the Kent countryside. Meanwhile, Desmond and Moore have turned detective to track down the origins of Darwin's belief in evolution from a common ancestor. They argue that the answer, which they tracked through a lifetime of correspondence, lies in his passionate hatred for the slave trade.
• Both Allen Lane, Jan. 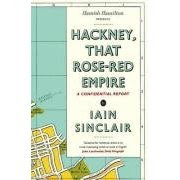 Hackney, That Rose-red Empire by Iain Sinclair
You don't have to live in east London to be a fan of Sinclair. So influential has his "psycho-geography" movement been that you could say we are all psycho-geographers now. His shtick is to regard the cultural and physical history of places as one and the same - in this spirit he has given us a pedestrian's view of modern Britain from the M25, and an impression of the 19th-century poet John Clare based on his walk from a lunatic asylum in Epping Forest back to his home near Peterborough. In a book he describes in typically genre-busting style as "documentary fiction", he recounts the history of the London borough he has lived in for the last 40 years - a hothouse of non-conformism, on the point of being forced into line for the 2012 London Olympics.
• Hamish Hamilton, March. 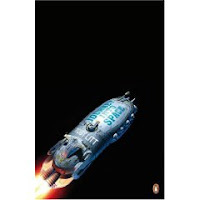 Journey Into Space by Toby Litt
Having set himself the challenge of working from A-Z with the titles of his books, at the age of 40, Litt has arrived at J. He is one of the most versatile novelists writing today and this 10th novel promises to be purer science fiction than we have seen from him before. It's set aboard a vast spaceship carrying humanity from an exhausted Earth to a new planet many generations away. In this limbo of perpetual travel, people are born, procreate and die, until one day two of them rebel.
• Hamish Hamilton, March.

In the Kitchen by Monica Ali
Ali's Brick Lane was one of the most sensational debuts so far this decade, which achieved the tricky double plaudit of being both longlisted for the Booker and feted by Richard and Judy. After the relative disappointment of her second novel, set in a Portuguese village, all eyes are on this third, which takes her back to her home turf, London. The location this time is a classy international hotel, where a mysterious death in the cellars throws a plumb line down from the cosmopolitan clientele all the way to the shifting population of casual workers on whom their comfortable lives depend.
• Doubleday, April.
There are more - go to The Guardian online.
Posted by Beattie's Book Blog at 4:46 pm