Paolini, Pullman with books coming to iPhones
From Yahoo News

NEW YORK – Christopher Paolini's "Brisingr," Philip Pullman's "His Dark Materials" trilogy and Peter Matthiessen's award-winning "Shadow Country" are among the dozen-plus books coming to the iPhone and to iPod Touch, publisher Random House Inc. announced Monday
"We are pleased to be 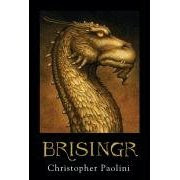 making this initial list of outstanding books by some of our top-selling authors available to a ground-breaking group of readers," Matt Shatz, Random House's vice president for digital books, said in a statement.
Random House recently announced it was adding thousands of books to its digital catalog and has said that e-sales more than tripled in 2008, although the electronic market remains a tiny part of the overall book market.
Several other publishers, including Simon & Schuster and HarperCollins, have been making e-books available on iPhones.
And for more on the I-Phone/Kindle battle link here.
Thanks to London-based NZ novelist Chad Taylor for bringing these stories to my attention.
Posted by Beattie's Book Blog at 7:06 am