The Books alternative awards 2008
The good, the bad - and the downright silly - have all had their day this year. Here we nominate some alternative prizes for the publishing industry
This from The Times over the weekend, I especially liked these two:
The Henry Paulson award for generosity to a publishing giant in financially straitened timesJ.K. ROWLING'S timely gift to Bloomsbury of The Tales of Beedle the Bard. 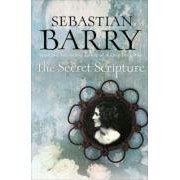 The You Woz Robbed, Mate award SEBASTIAN BARRY for his Booker-shortlisted A Secret Scripture, which was later revealed by two judges as their first choice for the prize.
For the full list go to The Times online.
Posted by Beattie's Book Blog at 6:36 am