Return of the storytellers
After a year dominated by non-fiction, 2009 will see an abundance of eagerly awaited big-name novels.
William Skidelsky, writing in The Observer, scans the field
The Observer, Sunday 28 December 2008
By any reckoning, 2008 was a poor year for fiction and an exceedingly good one for non-fiction. Few really exceptional novels were published (a fact illustrated by the drabness of the Booker shortlist), whereas some outstanding non-fiction titles appeared.

Moreover, it was non-fiction that did the better job of getting people talking. We know all about "outliers" and "nudges", about Cherie Blair's hairdresser and Dylan Jones's boycrush on David Cameron. By contrast, practically the only work of fiction to generate any chatter was Sebastian Faulks's Devil May Care.

This pattern, it is safe to say, is not going to repeat itself next year. In 2009, it won't be works of non-fiction, but novels that command the majority of attention. This is because an unusual number of high-profile (and therefore newsworthy) novelists publish new books - and lots of those books are going to be unusually interesting. 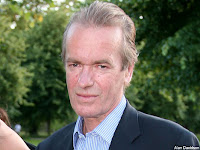 A bewilderingly large proportion of literary gossip in this country seems to attach itself to Martin Amis, and so it seems appropriate to begin with him. Next autumn, he publishes The Pregnant Widow, a loosely autobiographical novel that (so the gossip has it) will include lots of stuff about his old girlfriends and a sensational "revelation" about the identity of his father. Expect frantic speculation about who the girlfriends really are, as well as the perennial "Has Martin Amis lost his mojo?" debate.

If Amis's new novel looks designed to be provocative, then the same is true of the forthcoming one by Philip Roth, The Humbling (also out in September). The extraordinary sexual attractiveness of Roth's venerable male characters has long been a discussion point; in this new novel, Roth surpasses himself by having his ageing hero embark on a fantastically kinky relationship with - wait for it - a ravishing young lesbian.

Any new book from Thomas Pynchon is a seismic literary event; his next, Inherent Vice (August), following with unprecedented speed on the heels of Against the Day, is a noirish detective caper set in Sixties California with a characteristically wacky line-up of characters.
There isare lots more authors and their forthcoming works discussed, read the full story at The Observer online.
Posted by Beattie's Book Blog at 7:19 am