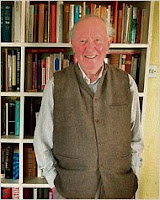 Conor Cruise O’Brien Is Dead at 91

By WILLIAM GRIMES writing in The New York Times.
Published: December 19, 2008
Conor Cruise O’Brien, an Irish diplomat, politician, man of letters and public intellectual who staked out an independent position for Ireland in the United Nations and, despite his Roman-Catholic origins, championed the rights of Protestants in Northern Ireland, has died, the Irish government announced Thursday. He was 91 and lived in Howth, near Dublin.
Read the full obituary here.
Posted by Beattie's Book Blog at 8:05 am