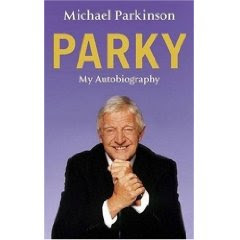 Read all about me!
Are you a cheerful, humorous, down-to-earth celebrity? Then hurry up and write a memoir. Mark Lawson on how publishers found the perfect formula for a Christmas bestseller
Mark Lawson writing in The Guardian, Thursday 18 December 2008

Two years ago, at a publisher's Christmas party, I asked an editor the traditional question: what were the big books coming up? Making the face of a supermodel chewing kangaroo gonads on reality TV, he confided that because the Christmas hit that year was the autobiography of Peter Kay - selling quicker than mince pies despite the comedian's reluctance to do much publicity - future planning now involved ringing showbiz agents and asking whether their biggest clients had ever thought of doing a book.
Essentially, he explained, the view was that any major entertainer would suffice, but Kay's title had done so well because he was essentially likable and his book optimistic. So the premium signings were personalities perceived as cheerful, humorous, down-to-earth.
"Like who?" I wondered.
"Oh, Julie Walters, obviously. One publisher is convinced that Dawn French is the female Peter Kay. Paul O'Grady, possibly. His show is in that Richard and Judy slot, which we already know sells books."
If he is at the party this year, it might be sensible to get his views on the 2009 Grand National, such was his prophetic brilliance. Throughout this autumn, at least seven or eight of the Sunday Times non-fiction top 10 have been memoirs by television faces. Two weeks ago, Julie Walters jumped over Dawn French to claim the No 1 slot from Paul O'Grady; this week, he vaulted back to the top. By Christmas, the autobiographies of those three entertainers are likely to have sold 1.5m copies between them, with Michael Parkinson heading past 300,000 and Alan Carr chasing fast.
Read the full piece at the Guardian online.
Posted by Beattie's Book Blog at 8:13 pm