Peter Campbell, who died on 25 October 2011, was the LRB’s resident designer and art critic.
The following piece was written by his son Ben:
Peter Campbell was born in the Hataitai Tunnel on the 16th April 1937 into a family of teachers. He grew up in Wadestown, went to the Wadestown Primary School and then to Kelburn Normal School – attached to the Wellington Teachers' Training College – which set up classes to resemble those in one- or two-teacher rural schools. He went on to Wellington College and eventually to Victoria University (now Victoria University of Wellington). He graduated in Philosophy in 1958, completing the last two years of his degree course part-time.
He became an apprentice under Denis Glover at the Wingfield Press. The Press was owned by Harry H. Tombs who had had a distinguished career in publishing and music. Denis, who had by then left the Caxton Press in Christchurch, was hired as a typographic advisor. Denis designed various small jobs for the Press and also published under his own imprint, the Mermaid Press, a number of titles, one by A.R.D. Fairburn, The Disadvantages of Being Dead (1958), and Allen Curnow's  "Poems 1949-57".The jacket for that book was the only piece of work that Campbell did under Denis’s direction that the latter thoroughly approved of.
Meanwhile Campbell had been doing illustrations for Schools' Publications, briefly had a desk there and rubbed shoulders with people like James K Baxter and Alistair Campbell. Publications he worked on were primary school bulletins, for example, On the Waterfront, a couple of covers for the teachers' magazine Education and illustrations for individual pieces in the School Journal.
The most impressive manuscript was 'Falter Tom and the Waterboy' by Maurice Duggan. Campbell was flattered to be asked by Pat Hattaway, who was then Editor of School Publications, to illustrate what she regarded as one of the best things that had originated there. Money from this work went towards a ticket on the Wilhelm Ruys that took Campbell and his wife Win to England.
Tramping trips at Christmas settled the New Zealand landscape in his mind. Over the years New Zealand mountains, trees and building types have turned up in his work.
After he arrived in England in 1960 he landed a job designing schools publications for the BBC. He worked for the BBC for fifteen years moving from very basic schools pamphlets to further education and general publications.
In the later 1960s the BBC started publishing books based on major television series. Campbell designed, and to a degree, edited Kenneth Clark's Civilisation, J Bronowski's The Ascent ot Man, David Attenborough's Life on Earth and Alistair Cooke's America. There were, too, series of books, in particular, Nigel Calder's overviews Violent Universe (astronomy), Restless Earth (geology), and The Life Game (genetics). There were two books by Alec Clifton Taylor on small English towns. There were also a few coffee table books – Great Acting and Acting in the 60s, [book about architecture] and a particularly fat one accompanying J.H. Plumb and Huw Weldon's Royal Heritage (about the royal collections). 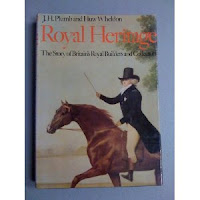 On going freelance in late 1976 connections with authors made at the BBC were sustained. Through Kenneth Clark Campbell did work for John Murray for whom he designed Clark's post-Civilisation titles and Reynold Stone's Engravings. He worked with Diana Souhami who had been a colleague at the BBC on a number of books including her Whitbread biography prize-winning Selkirk's Island. He first met David Sylvester when working at the BBC and went on to design books Looking at Giacometti, two collections of brief pieces, and the catalogue for Francis Bacon: The Human Body, an exhibition at the Hayward 1n 1998. He continued to work often with Quentin Blake and contributed the introductory note to Blake’s The Life of Birds.
The most far-reaching of the connections at the BBC was with Karl Miller and The Listener. Talking to Miller about a Listener anthology Campbell passed a remark about a pile of drawings for a BBC school's television sex education programme. Picking up on this Miller got Campbell to write a gallery piece about Claes Oldenburg. Campbell went on writing occasional short pieces for The Listener and when Miller was asked by the New York Review of Books to edit a London Review of Books he called on Campbell as the designer. The NYRB found the enterprise unprofitable and the LRB became an independent literary magazine. From its inception to the present day Campbell has contributed reviews and since 2000 fortnightly pieces on visual matters – mainly exhibitions. The LRB covers until 1996 were black and white photographs of which Campbell took a few.
In 1992 Miller left the magazine and Mary-Kay Wilmers his deputy took over. Among the changes she made was commissioning illustrations from Campbell for the covers. The magazine was given a general redesign in 1997.
After he went freelance, catalogue design became a more important part of Campbell's work, for example, Francis Bacon (Hayward Gallery); Goya: drawings from his private albums (Hayward Gallery); Titian (National Gallery); and Picasso: Painter and Sculptor in Clay (Royal Academy).He styled or restyled a number of magazines, for example, the Musical Times and New Left Review.

Independently of these activities he wrote and illustrated children's books, Harry's Bee and The Koala Party. With Richard Ball he wrote and designed Masterpieces, a book about furniture in paintings. In 2009 the Hyphen Press published At... writings mainly about art from the London Review of Books.
Footnote:
There is talk of an exhibition being mounted of Peter Campbell's work so I will keep blog readers posted if I learn anything more.
My thanks to retired NZ bookseller/publisher John Griffin in Auckland and his publisher daughter Kate Griffin in London for bringing Peter Campbell's life and death to my notice, and to Ben Campbell whom I do not know but who wrote this tribute to his father.
Posted by Beattie's Book Blog at 8:22 am

I'm sorry to hear of Campbell's death. His writing has been for me a great source of pleasure. I'm sure it will endure, and will still be read many years from now.

I loved his work in the LRB, have his illustrated calendars each year and never knew he was a New Zealander, shaming. A wonderful talent.

[My mum was a friend of John Griffin's and worked part time for him,in Dunedin, briefly. Books brought home from UBS were revelatory.]