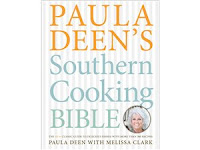 After months of organization, one gala, two days of programming, a brand-new lit crawl and about 35,000 attendees, the Texas Book Festival drew to a close Sunday with panels on genre fiction and American history, with a few cultural stars thrown in as anchors."Honestly, it's not as difficult to draw a crowd to an event with Paula Deen or Molly Shannon as the star," festival literary director Clay Smith said Sunday. "I measure success by seeing full panels by those lesser-known writers, and I think we had a good number of those this year."
New to the festival was the Saturday night lit crawl in East Austin bars such as Shangri-La and Cheer Up Charlie's, featuring festival authors reading and signing books at nontraditional literary venues.
The Scoot Inn boasted a huge crowd for an appearance by Chuck Palahniuk, and one commenter on Twitter said he thought "every living person in Austin did the (nighttime Texas State) cemetery tour (with author Stephen Harrigan) - it was like being in a cattle stampede."
"We thought it was a cool idea," Smith said, "but we didn't expect that many people."
He noted that the organizers estimated that 400 to 500 people would attend. Smith said the crawl should return in 2012.
Food star Deen opened the day at the Paramount, and Russell Banks' early Sunday panel featured a sharp discussion with NPR's Bob Edwards on the struggles with creating a sex-offender protagonist for his new book "Lost Memory of Skin."
"What novelists do is try to inhabit the life and mind of other human beings," Banks said. "I'm drawn to what I don't understand, and the process of writing fiction allows me to penetrate that which is otherwise incomprehensible."
In the early afternoon, a few similarly themed panels bumped into one another.
In the Senate chamber, Colson Whitehead talked about his past and the influences that fed into his literary zombie novel, "Zone One," while across the Capitol, four other writers - Lev Grossman, Erin Morgenstern, Thomas Mullen and Charles Yu - were talking about essentially the same thing: mixing literary fiction with aspects of genre.
Yu, author of "How to Live Safely in a Science Fictional Universe," noted that genre conventions can have their uses.
"Rules are fences, and interesting things happen around fences," Yu said. "People are trying to break in or out; you can write on fences or just look at them and wonder why they were built there and not somewhere else."
Full story and pictures at American-Statesman
Posted by Beattie's Book Blog at 6:55 am