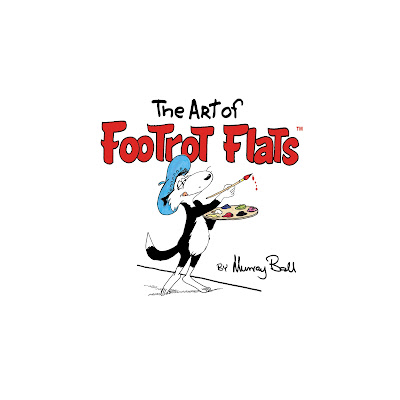 The Art of Footrot Flats showcases the magnificent body of work of New Zealand’s greatest cartoonist, Murray Ball, in a beautifully produced 256-page volume.
This book, however, is not simply a cartoon book. It is, as the title suggests, an art book. While most of Ball’s books have relied entirely on the much-loved cartoon strips, which have graced newspapers and magazines all over the world for the past 35 years, The Art of Footrot Flats is different and very, very special.
Stunning full page colour illustrations grace the pages of this lavishly produced book which is a final salute to New Zealand’s most loved cartoon strip. In addition there is a liberal sprinkling of quotes throughout the book, including some from famous contemporaries including Tom SCott, Dick Frizzell, Charles M.Schultz, Grahame Sydney and Dave Dobbyn.


About Murray Ball:
Murray Ball was born in the Manawatu. He spent the early part of his life in New Zealand, Australia and South Africa. After being employed as a staff cartoonist on newspapers in New Zealand he worked as a freelance cartoonist in the United Kingdom. He returned to New Zealand in 1974 and created his best-known cartoon strip, Footrot Flats. He and his wife Pam, live on a farm on the  outskirts of Gisborne in Poverty Bay.


Murray Ball and publishers Hodder Moa have given me permission to publish the following images from this magnificent book, they seemed to me to be especially relevant following the All Black's winning of the Rugby World Cup 2011. 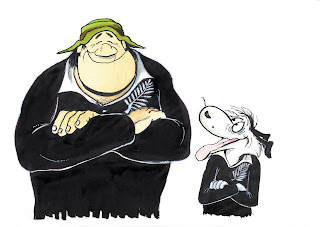 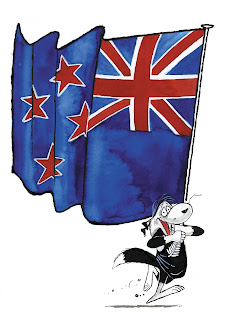 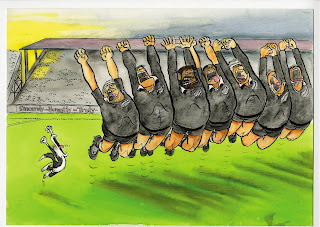