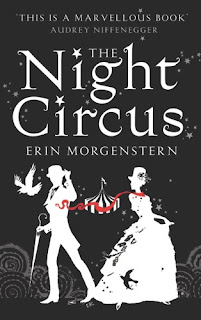 I had a tricky time finding a book to recommend this week. The first one I picked up was so pretentious I threw it across the room after 80 pages, the next had no commas in it whatsoever and gave me punctuation rage, another I had to abandon after “time danced lightly” over a character’s face. So what a relief to escape into The Night Circus by Erin Morgenstern (Harvill Secker, $37.99), wonderfully inventive and one of the most enjoyable books I’ve read in ages.
Set in the late 1800s it’s about a mysterious travelling circus, Le Cirque Des Reves, which appears in towns without warning and opens only after dark. Unlike any other circus, it’s shaded entirely in black and white and, rather than a single Big Top, contains clusters of tents set within circular paths and filled with wonders. There’s an illusionist, a fortune-teller, a contortionist, jugglers, a fire with flames as white as snow. There are labyrinths, a hall of mirrors, tents full of clouds and ice, performing kittens. It’s the most extraordinary circus ever and soon has legions of devoted fans.
What the audiences don’t realise is that some of what they see and experience within Le Cirque Des Reves is not trickery at all – it’s real magic. The circus itself has been created as a duelling ground for a challenge between two powerful sorcerers, Hector Bowen (aka Prospero the Enchanter) and a sinister man in a grey suit known as Mr A.H. Each of them has an apprentice they’ve been training up for years to pit their magical abilities against one another. But this contest to the death veers off course when the apprentices – Hector’s daughter Celia and an orphan called Marco – find themselves attracted to one another.
Morgenstern’s debut novel reminded me very much of Susanna Clarke’s Jonathan Strange and Mr Norrell (which I loved and clearly so did she) with a little bit of Audrey Niffenegger sprinkled in. It’s dark in places and has a dreamy fairy-tale quality throughout. I stayed up late to finish it then felt bereft to leave its world when I’d turned the last page.
I’m not a fan of all things magical realism by any means - in fact some of it leaves me cold. Perhaps the reason I have a huge crush on The Night Circus is that Morgenstern paints such a vivid and memorable picture of the world she has dreamed up. The circus is the star of this book, often overshadowing its cast of eccentric characters. At times it felt as if I was really there moving through the crowds and losing myself on its winding pathways, and I was left wishing something like it existed in real life.
If your fictional preference is for gritty realism then you’re unlikely to share my enthusiasm for this book. In fact, you may find yourself impatient with all its whimsy and intrigue. But if you’re open to a magical experience then roll up, roll up and prepare to be enchanted by The Night Circus.
Footnote:

Nicky Pellegrino, (right NZH photo), a succcesful Auckland-based author of popular fiction is also the Books Editor of the Herald on Sunday where the above piece was first published on 23 October, 2011, as was the Booklover piece below.
Booklover 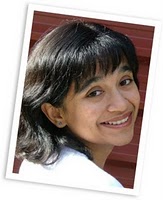 Aucklander Nalini Singh is an internationally best-selling author of paranormal romances. Her most recent is Archangel's Blade (Gollancz $29.99)
The book I love most is...There are so many books I love and re-read, from emotional romances, to sprawling science fiction and fantasy books, to stories written in centuries past (particularly the nineteenth), to gritty thrillers... I'm one of those people who always has a book in her handbag, two or three piled on the nightstand, and stacked on the coffee table. I think the truest answer is that I, quite simply, love books.
The book I'm reading right now is....Cold Touch by Leslie Parrish.  It's part of a thriller series with a romance thread, featuring a group of investigators who have paranormal abilities (for example, the heroine in Cold Touch can see the last two minutes and ten seconds of a murder victim's life). It's a dark and sometimes disturbing series, but also very compelling.

The book I'd like to read next is....My To-Be-Read list is crazy-long, but at the top is Heart of Steel by Meljean Brook. The book is part of a steampunk romance series that I absolutely love, set in a Victorian England where the population has been infected with nanobots. There are also zombies and airships and pirates. It's awesome. I can't wait to dive into it!  After that, I'll probably pick up one of these books: Germline by T.C.McCarthy, Chasing Fire by Nora Roberts, The Army Ranger's Return by Soraya Lane, or What Alice Forgot by Liane Moriarty.
The book I wish I'd never read is...I most often have the "I wish I'd never read this" reaction to a book in a series that does something terrible to a beloved character. However, when I calm down from the immediate emotional reaction, I can look at the story as a whole and decide if it works or not.   As a long-time reader, I know characters can be killed off or hurt through the course of a multi-book series, and I'll accept that if it is integral to the story. What I won't accept is when that death/terrible event seems to be used only for shock value, because then, it destroys everything that came before and makes me lose trust in the author.
Posted by Beattie's Book Blog at 6:51 am

I fell in love with this book too, despite some of its flaws. The imagery is so beautiful and vivid.

The Night Circus starts with two magicians of the highest caliber entering into a contest of sorts. They each pick a child to train in their art. The children will grow up always trying to one-up each other until there is a winner. The venue for the game is a traveling circus that opens at night and closes at dawn called Le Cirque des Reves. The catch is that neither of the opponents really know the rules of the game or what it takes to win. They also have to find out who their opponent is on their own.