In praise of easy reads

It might not be the right way to judge the Booker, but readability is something we all crave from time to time, and the books don't need to be bad 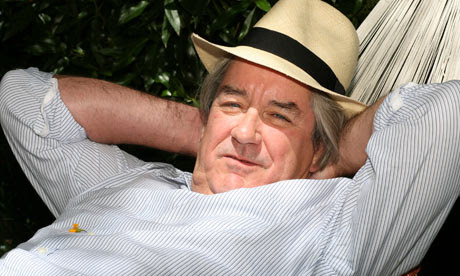 Nice and easy … Patrick McGrath at home in Ibiza. Photograph: Eamonn McCabe
To be zinged by the literary establishment twice in one week is a special kind of privilege. I didn't see Stella Rimington's now-legendary Man Booker prize speech – in my defence, I was trying in vain to rock a two-week-old baby to sleep – but someone mentioned later that she had attacked unnamed critics for "writing lists of books you would have chosen if you had been the sole judge". Goodness, I wondered: could she mean me? Then, a few days ago, Jamie Byng, publisher at Canongate and founder of World Book Night, issued a blunter response to my comment that the list of next year's World Book Night books was tilted heavily in favour of authors who already have very large readerships.

Byng was right to criticise me, I think: World Book Night is about readers, not authors. (And presumably big sellers are more likely to be in a position to waive their royalties.) It is aimed at getting books into the hands of people who wouldn't pick them up otherwise, and those who are selected to distribute books are told explicitly that their books are to be given to "non or light readers" – though tips for identifying them are not provided. So the fame or otherwise of the author is not important, but the type of book is. And this of course fits in neatly with The Booker Kerfuffle (to name it in the style of a Robert Ludlum novel).

The common thread is that much-maligned (by me, among others) word: "readability". If we accept what the Booker judges didn't, quite, and say that it essentially means "not too hard going", then it's not much of a measure for a literary prize, but it's more or less essential if you're aiming to give books to people who don't normally read. There are very good books on the World Book Night list, from Iain M Banks's The Player of Games – my own favourite of his novels – to Andrea Levy's sublime Small Island, which marry quality with approachability.

But you don't have to be a reluctant reader to be attracted sometimes to something that slips down effortlessly. "I have never been able to finish a novel by Kafka," said Martin Amis. "But then, neither could Kafka." For my part, Amis would be appalled to know how often I have abandoned the various works of his literary mentor Saul Bellow. At least now, with aforementioned baby issues, I have an excuse for not quite yet getting around to tackling Parade's End, or The Recognitions, or The Kindly Ones; I have an excuse for presently preferring books which are short and can properly be read in four-page bursts.
Read the full piece plus suggested titles at The Guardian.
Posted by Beattie's Book Blog at 7:24 am