THE LETTERS OF SAMUEL BECKETT - Volume II: 1941-1956
Edited by George Craig, Martha Dow Fehsenfeld, Dan Gunn and Lois More OverbeckTranslations by George Craig
Illustrated. 791 pp. Cambridge University Press. US$50.
Samuel Barclay Beckett was born in Foxrock, south of Dublin, in the spring of 1906 — there’s a dispute about the precise date; he died in Paris on Dec. 22, 1989. Over a period of 60 years, he wrote more than 15,000 letters. The editors of “The Letters of Samuel Beckett” plan to publish, in four volumes, their choice of about 2,500 letters in full, and to cite a further 5,000 in their copious annotations. The letters in French are given in the original, then translated into English. The first volume, the letters of 1929-40, was published in 2009. 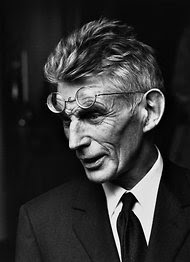 The subtitle of the new collection, “Volume II: 1941-1956,” is a bit misleading. For good reason, there were no letters between June 10, 1940, and Jan. 17, 1945. On June 12, 1940, two days before the German Army occupied Paris, Beckett and his partner, Suzanne Deschevaux-Dumesnil — many years later his wife — left the city, going first to Vichy and eventually to Arcachon, where they contrived to live for three months. In mid-September they took the risk of returning to their old apartment in Paris. On Sept. 1, 1941, Beckett joined the Resistance, a section of the British Special Operations Executive: it was his job to receive and type up messages about the movement of German troops, messages that would then be sent to the British. In September 1942, once the section was broken by a spy, Beckett and Suzanne went on the run, got into unoccupied France, and after weeks fertile in vicissitudes settled in Roussillon d’Apt in the Vaucluse. They stayed there for two years until the liberation of Paris on Aug. 25, 1944. There was no question of writing letters or receiving them. On Oct. 12, 1944, Beckett returned to his apartment. The first letter of the second volume is dated Jan. 17, 1945.
The years in Paris after the war were nearly impossible. Beckett and Suzanne were dirt-poor. The money his father left him had dwindled to a pittance by the time it arrived in France. How he wrote anything is a puzzle. He wrote his novel “Watt” during the war, but getting it published was misery; it took years. In March 1949, to escape from the hubbub of Paris, Beckett and Suzanne rented a room for almost nothing in a house in Ussy-sur-Marne, a village about 35 miles from Paris. There he was able to write, and in the afternoons to garden, plant trees and take long walks with Suzanne. On June 1, 1949, he reported to his friend Georges Duthuit:
“One evening as we were on our way back to Ussy, at sunset, we suddenly found ourselves being escorted by ephemerids of a strange kind, ‘mayflies,’ I think. They were all heading in the same direction, literally following the road, at about the same speed as us. It was not a solar tropism, for we were going south. In the end I worked out that they were all going towards the Marne to be eaten by the fish, after making love on the water.”
Rest at New York Times.
Posted by Beattie's Book Blog at 7:49 am