From spies to speed dating; war-time turmoil to modern manners - a broad array of titles and authors, including a record number of men, have been nominated for the 50th Romantic Novel of the Year Award, presented by the Romantic Novelists' Association.

One hundred and fifty-eight novels, from twenty-four publishers, were submitted for the first round of judging. Eleven of the books were penned by male authors.

The long list of twenty novels, announced today, includes an impressive selection of best sellers, among them Erica James, Veronica Henry, Santa Montefiore, Katie Flynn and Sarah Duncan. They share the list with some exciting new names in romantic fiction, and the only male to make the long list, Nicholas Sparks.

RNA Chair Katie Fforde said it was an impressive array of wonderful titles for the Association's golden anniversary year. 'There is really something for everyone and each one a gem,' she said.

A shortlist of six titles (to be announced on February 11th) will be selected and sent to the final judges.

This year's judges are Sharon Gurney, Senior Book Buyer at Sainsbury's, responsible for buying titles for both chart and range. She says romantic fiction is incredibly important to Sainsbury's. "I'm delighted to be part of this judging panel and I'd really like to see the award acknowledged, not just in the world of publishing but also by retailers and ultimately the consumer."

The author of two non-fiction titles, Alyson Rudd was a financial reporter before becoming a sports reporter, and ran The Times Book Club. She is pleased to be to reading novels that will take her mind off football for a few hours. "I am looking forward to reading some of the very best romantic novels that will, hopefully, tug at my heart strings and offer a few surprises," she said.

The third judge is Moira Briggs, from the literary website Vulpes Libris, who says there are few things quite as adept at lifting the spirits as a well-crafted romance. "Although being asked to choose the best of the best is a bit daunting, I'm delighted to play a small part in raising the profile of a genre that comes in for far more than its fair share of slings and arrows."

The winner will be named Tuesday, March 16th 2010 at the Award lunch at the Royal Garden Hotel, in Kensington.

The complete longlist (in alphabetical order of author): 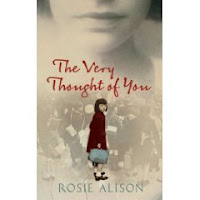 The Very Thought of You / Rosie Alison - Alma Books

10 Reasons Not to Fall in Love / Linda Green - Headline Review

The Heart of the Night / Judith Lennox - Headline Review

One Thing Led to Another / Katy Regan - Harper

The Romantic Novelists' Association (RNA) was set up in 1960 to promote respect for the genre and to encourage excellence. The Romantic Novel of the Year Award was inaugurated in the same year to recognize excellence in romantic novels and thereby enhance the standing of the genre. Any novel which is first published in the UK (or simultaneously with other countries) in 2009 is eligible for the 2010 Award.

80 keen reader members of the public select the longlist. Each title is scored three times to achieve the long list - with criteria including romantic content, readability, characters, plot, dialogue, style and ending. A panel of RNA members selects the shortlist of 6 titles. Shortlisted titles will be announced on 11th February 2010, at which time readers comments will be available.

Three external judges read each of the shortlisted books – and select the overall winner.

The winner will be named Tuesday, March 16th 2010 at the Award lunch at the Royal Garden Hotel, in Kensington.

The 2009 award winner was Julia Gregson with 'East of the Sun'. Recent winners include Freya North, Rosie Thomas, Erica James, Katharine Davies, Jojo Moyes, Sarah Mason, Cathy Kelly, Philippa Gregory and Maureen Lee. A list of past winners can be found at www.rna-uk.org
Posted by Beattie's Book Blog at 6:50 am