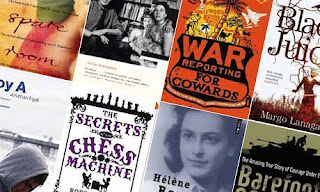 While people are busy ranking the hit books of the last 10 years, many a publishing insider is quietly mourning a volume that unnaccountably never made the 'best of' or bestseller lists, but should have. Here publishers, agents and translators speak up for the ones that really shouldn't have got away.
guardian.co.uk, Wednesday 16 December 2009

Room by Helen Garner, published 2008. This deceptively slight novel is as good as anything Canongate has ever published. Or will publish. It's deceptive in many ways and I think its great subtlety is one of the reasons that it will only get fully appreciated over time. I've read it three times now and on each occasion my awe at what Garner has achieved increases. The Spare Room is a brutally honest novel about death, friendship and emotional dishonesty, written in prose that manages to be both delicate and visceral. It was overlooked by all the judges of the literary prizes in this country and these prizes are key for a book like this to sell in any serious quantity. But I still remain confident that this exceptional book will be come to be widely regarded as a modern classic. Because that is what it is.

There's a novel by Robert Löhr called The Secrets of the Chess Machine about the famous chess-playing automaton that caused a sensation at the court of Maria Theresa. Löhr's flight of fancy is that there was a dwarf who supposedly operated the machinery. It's a very funny book, and I spent a lot of my time trying to persuade the English-speaking public that, contrary to popular opinion, the Germans do have a sense of humour.

There have been at least 14 translations of Cervantes' masterpiece Don Quixote, the earliest in 1612. Two more translations were brought out in 2005, in time for the 400th anniversary of the book's first publication in Spain. Oddly, one of them got all the attention and the other was virtually ignored. Don Quixote makes huge demands on the translator: there is comedy, broad and subtle, poetry, good and deliberately dire, there are proverbs and puns, and, above all, there is Cervantes' own wry, playful voice as narrator. Both of those "anniversary" translations were good, but it seems to me that John Rutherford's translation (the one that was largely ignored) most satisfyingly meets the challenge to the translator and does what all fine English translations should do, breathing English life into every sentence.
If you don't know Spanish and have never read Don Quixote or are thinking of reading it again, then this is the English translation I would recommend, recreating as it does the novel's vibrant (and, to the modern sensibility, sometimes cruel) humour, and doing equal honour to its pathos.
Victoria Hobbs, literary agent, AM Heath

Mutiny was published in 2001. It was Lindsey Collen's fourth book and, we thought, her break-out novel. She had previously won the Commonwealth Writers' prize for the Africa region and been longlisted for the Orange. There was a sense that appreciation of Lindsey's work was growing and we were getting somewhere – John Berger called it "a break-out and a breakthrough". She was published with great energy and commitment by Bloomsbury. She came to London (from Mauritius) to promote and there could be no better advocate for her work – she is an extraordinary woman whose own experiences of an oppressive political system and incarceration as a result of that system fed directly into the writing of Mutiny. The few reviews she received were excellent. And somehow it just never quite took off. The novel is not an easy or comforting read; it is fierce and challenging but is utterly compelling. 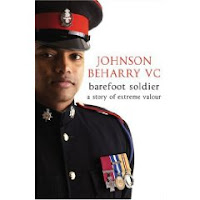 Barefoot Soldier by Johnson Beharry VC, published in 2006. It was a Sunday Times bestseller, but should have gone on to take the world by storm. And never did, quite. Johnson was the first living recipient of the Victoria Cross for nearly 40 years. He saved the lives of at least 30 of his fellow soldiers during two separate ambushes within weeks of each other in Iraq in 2004. Little, Brown published it in 2006 with considerable passion, a major marketing campaign, and utter devotion to this most charming and courageous of young men. He's an example to us all. So why isn't Barefoot Soldier up there with Bravo Two Zero?
Part of the problem, I fear, is that a huge number of people under the age of 40 have no idea what the Victoria Cross stands for. Perhaps the public got confused, and saw him as more victim than hero. Perhaps their antipathy to the conflict itself coloured their response to his experience. Perhaps there wasn't enough gunfire. And maybe the BNP played a part ... I don't begrudge Jordan her megasales. But I'd prefer to live in a world where Johnson Beharry VC's astonishing, selfless bravery is more vigorously cherished.

Some interesting selections, and there are a lot more at The Guardian online.
Posted by Beattie's Book Blog at 10:53 am