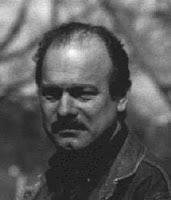 Joe Haldeman will be honored as the next Damon Knight Memorial Grand Master for 2010 by the Science Fiction and Fantasy Writers of America. The designation "recognizes excellence for a lifetime of contributions to the genres of science fiction and fantasy."

aldeman is the author of 20 novels and five collections. The Forever War won the Nebula, Hugo and Ditmar Awards for best science fiction novel in 1975. Other notable titles include Camouflage, The Accidental Time Machine and Marsbound as well as the short works "Graves," "Tricentennial" and "The Hemingway Hoax."
Starbound is scheduled for a January release.
SFWA president Russell Davis called Haldeman "an extraordinarily talented writer, a respected teacher and mentor in our community, and a good friend."

Haldeman officially receives the award at the Nebula Awards Weekend in May in Hollywood, Fla.
Posted by Beattie's Book Blog at 7:01 am