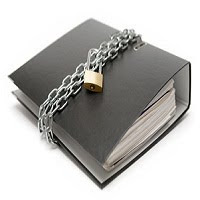 NEW YORK: For five years I was an international literary scout. That means for five years I groaned inside whenever anyone asked me what I did. Scouting occupies a strange niche in book publishing, itself a rather inscrutable business from the outside, and after a time most scouts resign themselves to working-very hard-at an occupation not even their closest family members will ever fully understand. (So, Mom and Dad, this one's for you!)

My basic answer went something like this: publishing is a marketplace. Agents almost always submit a manuscript to more than one editor, and if that manuscript is good the editors who want to acquire it have to compete for it, both financially and by reputation.

(read on ...)
Bonus Material:
What Have You Done to Get an Early Look at a Book?
By Edward Nawotka

Literary scouts, as discussed in today's feature article by Emily Williams, like much of those in the publishing industry, work in mysterious ways. For them, as well as for agents, editors, and almost anyone else in the publishing chain, getting the earliest possible read on a book-whether as a proposal or manuscript-is a key part of becoming a success in the business. The earlier you can act on something that's hot, the better.