The Auckland Writers & Readers Festival proudly celebrates its tenth festival in May 2010. The festival audience has grown by more than 500 per cent over nine festivals, to over 25,000 attendees in 2009. 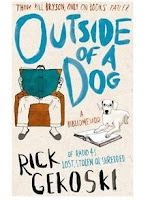 uests in Auckland for the 2010 festival include: Elizabeth Gilbert whose sequel to the bestselling Eat, Pray, Love is Committed, a meditation on the history, culture, politics, trials and tribulations of marriage. In Seven Days in the Art World sociologist Sarah Thornton looks at all aspects of buying, selling, and creating serious art.
John Carey is a distinguished critic, reviewer, broadcaster, Man Booker judge and author of the first biography of the Nobel Prize-winning novelist William Golding. Rick Gekoski, bestselling author of Tolkien'€™s Gown, takes us on a literary journey in his bibliomemoir Outside of a Dog.

People'€™s Train, and he has just published the first in a three-volume history of the Australian people - Australians: Origins to Eureka. Jill Dawson'€™s sixth novel, The Great Lover, is a fictional life of Rupert Brooke. Yiyun Li'€™s A Thousand Years of Good Prayers was shortlisted for the Frank O'Connor International Short Story Award, and won the Guardian First Book Award. Her new novel The Vagrants is based on the true story of a young woman sentenced to death in 1979 China for her loss of faith in Communism. Su Tong won the 2009 Man Asia Literary Prize for The Boat to Redemption. A major figure in China's literary scene, his best-known work is Wives and Concubines, which was made into the film Raise the Red Lantern.
Independent journalist and blogger Antony Loewenstein writes on the internet in repressive regimes in The Blogging Revolution and the Israel/Palestine conflict in his bestselling My Israel Question. Ben Naparstek, the 23-year-old editor of Australia'€™s influential magazine The Monthly recently published In Conversation, a collection of interviews with 39 of the world'€™s best writers.

John Freeman, the new editor of Granta, explores the history of communication in Shrinking the World: The 4,000-year story of how email came to rule our lives. And Adrian Wooldridge, management editor of The Economist, joins us to talk about his latest book (co-authored with John Micklethwait, The Economist'€™s editor-in-chief) God is Back: How the Global Revival of Faith is Changing the World.

The Schools Programme features Charlie Higson (author of the 'Young

Bond'€ series, and most recently The Enemy), Anthony Horowitz, pic right, (creator of the highly successful Alex Rider series), and Charlie Dark, a London-based poet, DJ and founder of Blacktronica, a collective of poets, painters, musicians and film makers.

More guests, including New Zealand writers, will be announced in February 2010. Final programme details will be released in March and tickets go on sale through The Edge Ticketing Service in April.

The Bookman is impressed with this lineup. Bring it on !
Posted by Beattie's Book Blog at 1:06 pm