SA is pleased to announce that the inaugural recipient of the NZSA Mid-Career Writers Award is poet David Howard.

Based at Port Chalmers, David is the author of five collections of poetry: In the First Place (Hazard Press, 1991), Holding Company (Nag’s Head Press, 1995), Shebang (Steele Roberts, 2000), How To Occupy Our Selves [with Fiona Pardington] (HeadworX, 2003), and The Word Went Round (Otago University Press, 2006). 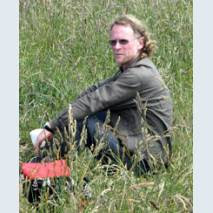 He comments that, “Writing is my way of knowing. At fifty the challenge, in the absence of residencies and grants, is to resist despondency in order to hear the questioning page. The NZSA Mid-Career Writers Award will help me to listen and to believe. It might even give a publisher faith in my work. Like many of my contemporaries, I have homeless manuscripts that condemn me for my failure to place them. What this award restores to me is the confidence of youth: all things are possible…”

As reviewer Anna Livesey has noted: “Howard’s poems remind me of flipping through a photo album. The movement from image to image is not necessarily linear or logical, but there is a story in it. And even when Howard is being weird, he is not wilful; conversely, the domestic, in his hands, is not humdrum.” (New Zealand Books, March 2004)

David receives a grant of $3,500 and we will be listing his publications on the website.
Posted by Beattie's Book Blog at 11:20 am

Some other writers awards just announced too - the Ministry of Culture and Heritage history awards - $100,000 spread among 12 awardees