Eighties-style bonkbusters are having a revival
By Laura Marcus, The Independent
Thursday, 17 December 2009 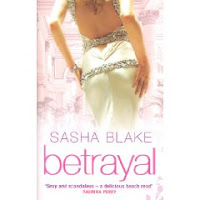 e bonkbuster novel is making a big comeback. Clearly, there's a new market now for one-word titles summoning up a world of glitz, passion and betrayal – always there is betrayal. These 21st-century takes on the Jackie Collins style of fiction are of course easy to ridicule. Much more interesting though is why they are coming back into fashion when, till recently, the form seemed all but dead.

Full of steamy sex, here are books written with nary a nod towards the Literary Review's Bad Sex prize. A genre firmly wedded to the 1980s it was seen off by Marian Keyes and Bridget Jones-style heroines in the 1990s. But has the recession put paid to single girls searching for love beneath pastel covers? Are readers tired of women eating the entire contents of their fridge while waiting for Mr Right to ring? Author Chris Manby certainly thinks so: "I've been writing chick-lit for 15 years. My new Olivia Darling novels Vintage, Priceless and Temptation give me a chance to explore different worlds. It was a very refreshing change to write about something other than husband-hunting!

"I used an invented name because my Chris Manby books are straightforward romantic comedies and I didn't want to hurt sales by giving my readers something some might find distasteful. It is much more fun to write as Olivia though!" Manby thinks that far from the recession driving publication, they reflect the last hurrah of the long boom. "I came up with the idea for Vintage without any input from my publisher, only to discover they had been looking for something just like it. They'd lost a bidding war on another bonkbuster so they jumped at the chance of publishing mine for a considerably smaller advance! In 2006, it seemed a great idea. Bling was still the thing."

Another former chick-lit author, Anna Maxted, has also reinvented herself, as Sasha Blake, in order to write bonkbusters – a form she's always admired. "I love these books. They do exactly what they say on the tin. But I don't think this kind of book ever went away, it just wasn't as fashionable as other genres. Chick-lit was, like grunge, very fashionable for a time. It spoke to a lot of women about their lives and imperfections and that was great. But now I'm at the age where I'm married with three children and chick-lit isn't for me anymore."

Maxted's agent, Jonny Geller, sold her as Sasha to a new publisher without saying who she was. But, as with Manby, it was her idea to switch to bonkbusters. She used a pseudonym as her bonkbuster, Betrayal, is quite a departure from her previous novels. Where the books differ most from chick-lit is with heroines that are far more extreme and often not very nice. But, insists Maxted, you can like a heroine you wouldn't want for a friend. "Scarlett O'Hara isn't nice but you much prefer her to Melanie Wilkes who is just so nice you want to slap her!" Few, if any, Gone with the Wind fans dream of being Melanie. Scarlett is probably a more enduring heroine than Bridget Jones will ever be. It's not just the recession and the need for escapism that drives this love of blockbuster fiction; these heroines express a side of themselves women often feel too constrained to be. They're also much more glamorous.

"A bonkbuster would never show a heroine treading in dog muck on her way to the shops. Whereas chick-lit would," adds Maxted. Chick-lit is still being bought, as newly published The Mistress, by actress Martine McCutcheon, illustrates. But when journalist Jessica Ruston decided to try her hand at fiction, it was hearing a friend say she was hankering "for a good old-fashioned bonkbuster" that set her on this course. "I'd been pondering writing fiction for a while but hadn't found the right idea. As soon as I heard my friend saying that, I knew this was my genre. I started thinking about all the books I grew up loving so much – Riders, Savages, and Scruples, and ideas sprang into my head for a modern version of that kind of chunky, sweeping novel."

The result was Luxury, just out. And Ruston agrees with Maxted – heroines don't have to be likeable for readers to want to live in their world: "Remember how addictive Dynasty was? You wouldn't want to be friends with many of the characters but my God did you want to see what scandalous things they were going to get up to next!" Ruston has even coined a new term for this revisited genre: glitz-lit.

One voracious reader delighted to see the return of the bonkbuster is Careena Bruen. "I'm a sucker for chick-lit and I noticed bonkbusters were back. I'm thrilled about this. They're almost a continuation of the fairy stories you read as children but with sex." But Bruen, a 44-year-old former IT worker, knows that while these books are easy to read, it would be a big mistake to think they're easy to write. "I'm writing one myself so I know how hard it is.

"Bonkbusters are undervalued because they're written by women. But women actually have very high standards. They drove the Hollywood box office in the 1930s and we see something of that today in the Twilight books and films, which are critic proof because young girls love them and flock to them no matter what the critics say."

Bestselling author Isabel Wolff, who's latest book is A Vintage Affair, has no desire to write bonkbusting fiction herself but nevertheless also welcomes the revival. "I rather enjoy seeing books like these on the shelves again – partly for the nostalgic kick, but mostly because they're unashamedly glamorous and full of joie de vivre, which is kind of cheery.

"The pendulum had swung away from the Bridget Jones scenario that has dominated women's commercial fiction for so long. Female readers had tired of it and were ready to start reading about women who weren't hapless, insecure, sweet and non-threatening – they were powerful, rich, capable and gloriously sexy; hence, titles like "Glitz, Glamour, Gold Diggers, Luxury and, for all I know, "Flash!" and "Bling!" But at the same time, titles like these are so obviously over the top as to give the new bonkbuster an ironic, post-modern feel – as though both writer and reader are enjoying the joke. I think this makes it all feel fun, rather than ho-hum."

However, Nicholas Clee, joint editor of BookBrunch, a book-trade online newsletter, says we are yet to see a real breakthrough in these new bonkbusters. "If we're talking about the heyday of the bonkbuster, you think of Judith Krantz's Scruples. None have achieved that kind of success, yet. Meanwhile, chick-lit authors who've survived, such as Marian Keyes, Adele Parks, Jane Green and Sophie Kinsella, will probably keep on going."
The full story plus a list of recent bonkbuster titles is at The Independent online.
Posted by Beattie's Book Blog at 7:11 am