William Styron may have been one of the leading literary lions of recent decades, but his books are not selling much these days. Now his family has a plan to lure digital-age readers with e-book versions of titles like “Sophie’s Choice,” “The Confessions of Nat Turner” and Mr. Styron’s memoir of depression, “Darkness Visible.” 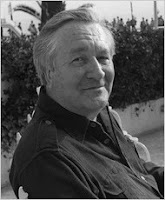 But the question of exactly who owns the electronic rights to such older titles is in dispute, making it a rising source of conflict in one of the publishing industry’s last remaining areas of growth.
Mr. Styron’s family believes it retains the rights, since the books were first published before e-books existed. Random House, Mr. Styron’s longtime publisher, says it owns those rights, and it is determined to secure its place — and continuing profits — in the Kindle era.

The discussions about the digital fate of Mr. Styron’s work are similar to the negotiations playing out across the book industry as publishers hustle to capture the rights to release e-book versions of so-called backlist books. Indeed, the same new e-book venture Mr. Styron’s family hopes to use has run into similar resistance from the print publisher of “Catch-22” by Joseph Heller.

On Friday, Markus Dohle, chief executive of Random House, sent a letter to dozens of literary agents, writing that the company’s older agreements gave it “the exclusive right to publish in electronic book publishing formats.”

Backlist titles, which continue to be reprinted long after their initial release, are crucial to publishing houses because of their promise of lucrative revenue year after year. But authors and agents are particularly concerned that traditional publishers are not offering sufficient royalties on e-book editions, which they point out are cheaper for publishers to produce. Some are considering taking their digital rights elsewhere, which could deal a financial blow to the hobbled publishing industry.

The tussle over who owns the electronic rights — and how much the authors should earn in digital royalties — potentially puts into play works by authors like Ralph Ellison and John Updike.
Some publishers have already made agreements with authors or their estates to release digital editions. All of Ernest Hemingway’s books, for example, are available in electronic versions from his print publisher, Scribner, a unit of Simon & Schuster.
But with only a small fraction of the thousands of books in print available in e-book form, there are many titles to be fought over.
Read the full story at NYT.
Posted by Beattie's Book Blog at 3:42 pm