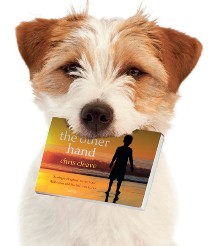 Flipbacks, published by Hodder & Stoughton, are the size of a cassette tape but somewhat thicker to accomodate numerous pages.The concept comes from the Netherlands where a million copies have been sold since 2009. Versions have also been launched in France and Spain. Now it is the turn of English language consumers.The first eleven titles, listed below, have just been published in the UK, and will be released here in a couple of weeks on 12 July. Further titles will be released in September and November. Published under the Sceptre imprint, (Hodder's literary imprint), the rrp is NZ$27.99

I think they are bloody marvellous and will be taking the two titles I have with me to read on the plane when we head off to the UK at the end of next week.Opening top to bottom and employing a side-ways printed text you get a full length novel in the size of a mobile phone. This is possible by using wafer-thin paper as used in printing bibles.

Kate Parkin who is responsible for the flipback at Hodder UK came across the book by accident at a dinner party in France. She told the Times, "I tripped over the handbag of a fellow guest and this thing fell out. The guest was Dutch and said she read all her books in this format.She was so excited about flipbacks that I got hold of the Dutch company that publish them and got them to send me some copies".

The rest, as the saying goes, is history.

Here is the launch list of titles that will be available at bookshops in NZ on 12 July, look out for them, I'm sure you will be impressed, I certainly am, hugely.

I discussed Flipbacks with Jim Mora on his radio show "Afternoons" on Radio NZ National today, along with the new Penguin series "Great Food" which I wrote about on the blog yesterday.

For a demonstration of the flipbacks link here.

Here's a comparison photo of a flipback next to a normal-sized book, courtesy of Jen Ryan of The Lady Loves Books.

Here is The Guardian on the subject:
Could this new book kill the Kindle?


It's small, light and portable – and it doesn't need charging. So could the new 'flipback' book be the next big thing in publishing?
Patrick Kingsley, guardian.co.uk, Sunday 20 March 2011

If you've ever whined about how the Kindle, compact though it may be, doesn't have the look or feel of a nice printed novel – put this in your pipe and read it: the newly invented "flipback" book.
Released in Britain this summer, it is being touted as the, er, new Kindle: the tome that's smaller and lighter than an e-reader, but made out of pages, not bytes.
It is all the rage in Holland, where it was introduced in 2009, and has since sold 1m copies. A version has just been launched in Spain, France is next, and the flipback reaches UK shores in June, when Hodder & Stoughton will treat us to a selection of 12 books. They cost £9.99, and will include David Mitchell's Cloud Atlas and Stephen King's Misery.

I am keen to see what the hype is about so I take a pre-released copy on my travels: Chris Cleave's The Other Hand. Nearly 370 pages long in its original format, the flipback version has more than 550 – but still fits easily in my pocket. The book's not called The Other Hand for nothing. It's so small that I can perch it in one fist, and keep my other hand free for shopping. How? The paper is wafer-thin.

"Great for making rollies," says my nicotine-addicted lunch date. More to the point, it's also great for reading. Unlike an ordinary paperback, the book lies open without intervention on my part, due to its special spine.
It's handy on a rush-hour tube, too. Page-turning with paperbacks will see you elbowing your neighbour in the pancreas in no time. But the minuteness of this little beauty, with its pages that flip rather than turn, help me keep my elbows to myself and pancreases everywhere safe.

Would it work with War and Peace? Unlikely. Is it the new Kindle? Obviously not. It can't hold 1,500 books. But if you want something that doesn't need recharging, and slips into your pocket as easily as a phone, the flipback is worth a try. 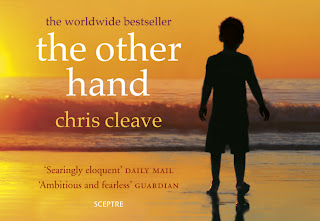 I look forward to your reading feedbacks after your trip then :-)

I'm intrigued that every single title on the initial flipbacks list is by a male author ... More evidence of sexism in the publishing industry or is there a more palatable explanation?

A nice update on the old Oxford Classics hardbacks, designed to be sold on UK train platforms and kept in coat pockets by their commuting readers. They - and rivals'similar products and 'colonial editions' - were printed on ultra thin Bible or India paper.

The price tag of $27.99 seems to defeat the purpose somewhat.

Looks to me like these are about $2-$3 dearer than the paperback version of the same book. The publishing process of these books is much more complex than the standard "perfect bound" paperback in which the books are simply made by glueing the pages to the cover. This has a much more flexible "spine" and in addition is on much superior paper. I think the price differential is fair and to be expected.