Ray Columbus is one of the pioneers of modern music and early television in and was the first Kiwi to have a #1 international hit. Surprisingly, Ray’s story has never been told: not fully, not in book form and certainly not by him. Until now.
Ray has long been dubbed ‘Mr Clean’ but Ray Columbus: The Modfather – The Life and Times of a Rock ’n’ Roll Pioneer is full of revelations that will change all this and goes behind the scenes in the early 1950s and 60s.
We get a slice of Kiwi social history as we jive in the early music halls, hang out at milk bars, listen to the latest American black music with American sailors, mimic The Goons on the BBC, pretend to be Elvis and swoon over Natalie Wood while selling ice-cream at the cinema, buy your first pair of Levi’s, fall in love for the first time with the gorgeous older woman and even learn to protect yourself from thugs by throwing knives. Ray Columbus: The Modfather will take you back to a long-forgotten era and bring it all to life.
The book is a true ‘rock ‘n’ roll’ bio, is full of charming anecdotes, behind-the-scenes titbits, revelations and candid reflections of a life spent in music. We rub shoulders with the rich and famous (Roy Orbison, The Rolling Stones and Tom Jones to name just a few), hear reflections on an ever-changing music industry all accompanied by photographs and ephemera from Ray’s personal collection.
Finally, we know the real story behind Ray’s American years, why he gave up huge fame and fortune in the United States (approached by the Mob, asked to be a Monkee, to join the Byrds, the list goes on…) and the battles Ray has had with his health. Ray started smoking from the age of 6, was addicted by 9 and had years of being an 80-cigarettes-a-day man. Ray blames this excessive smoking for him almost losing his voice and, later in life, his battle with multiple strokes. 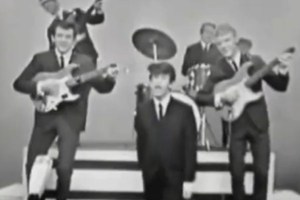 Ray Columbus: The Modfather – The Life and Times of a Rock ’n’ Roll Pioneer is a great read that will leave you wanting to dance the ‘Mod’s Nod’ and gives readers the understanding of just why Ray Columbus and The Invaders has been inducted into the New Zealand Music Hall of Fame. Ray Columbus is the master crowd-pleaser, is always moving forward and never lives
with regret. 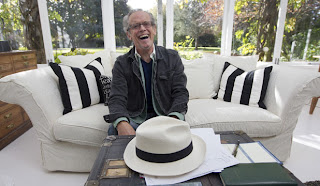 Photo - Peter Meecham, Fairfax Media.
Ray Columbus was born in 1942. He has won every major award in show business and was the first pop star to be awarded an Order of the British Empire (OBE) for Services to .
Ray has been a solo artist, songwriter, producer, band manager and has had a long career in television with shows like C’mon ‘68 and That’s Country. In 2009, Ray Columbus and The Invaders was presented with the Legacy Award at the Music Awards. He lives north of , with his wife, L


Touring with the Rolling Stones: "They must have liked me too because when Brian [Jones] and Bill [Wyman] were thinking of leaving the Stones, they tell the press they're going to get Ray Columbus to replace Mick Jagger. I've still got the newspaper clipping."

Religion: "I definitely believe there is a greater power there, but as I get older and older I'm less and less religious. I believe the whole Christ thing is man-made, I think it's made by the Church, and it's all about power."

Why he never took drugs. "I knew from my addiction to cigarettes that I should never try any other kind of drug. I knew I wouldn't be able to stop taking it. I smoked 80 a day."

His OBE in 1974. "The governor-general said, 'This would be the most popular investiture of the day'."


Ray Columbus: The Modfather is published by Penguin, $42.