Boris to celebrate the people who made London 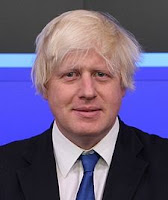 HarperPress has bought a book by the mayor of London about the people who made the United Kingdom's capital city what it is today.
Publishing director Susan Watt bought British Commonwealth rights to Johnson's Life of London: The People who Made the City that Made the World from Natasha Fairweather at A P Watt. The book will be published in November.

Watt said: "Boris Johnson’s book on London is full of delights and surprises. His celebration of the people who over the centuries gave the city its exciting and exuberant character, the inventors and creators who were themselves shaped by London, makes one see the city in an entirely new light. Ranging from the Romans to Dick Whittington, one of his predecessors as mayor, and on to the modern day, Boris Johnson takes us on a fascinating and exhilarating journey."

Johnson said: "Having visited every corner, encountered endless characters, met the key players across so many fields, it has been a real pleasure to chronicle this personal tribute to our great city.
"One cannot hope to shape the future of this capital without appreciating its past and researching it has given me not only ideas to take forward but also the confidence that London can continue to be the best big city in the world.”
Posted by Beattie's Book Blog at 6:47 am