Author and photographer among new Art Icons announced this evening

Arts Icons Honoured
Five of ’s most acclaimed artists have today been honoured for their extraordinary artistic achievements at the Arts Foundation’s prestigious Icon Awards.  The 2011 recipients are writer Barbara Anderson, photographer Marti Friedlander, film-maker Sir Peter Jackson, sculptor Greer Twiss and concert organist Dame Gillian Weir.
The recipients were announced this evening at a function at Government House in hosted by Their Excellencies, Rt Hon Sir Anand Satyanand, Governor-General of New Zealand and Patron of the Arts Foundation, and Lady Susan Satyanand.
The Icon Awards are limited to a living circle of twenty stellar artists and are the Arts Foundation’s highest honour. Previous recipients of the Awards include Janet Frame, Ralph Hotere, Hone Tuwhare, Sir Donald McIntrye and many more. Twenty-six artists have been honoured as Icons at previous ceremonies; the 2011 Awards re-establish a living circle of twenty recipients.
“The work of Icon artists represents a legacy to, and a mark on, culture.  They have made a significant impact on their chosen art form, remain influential and often have achieved amazing international success,” said Arts Foundation chairperson Fran Ricketts. “Each artist is celebrated for their extraordinary achievements and collectively they make a powerful statement about the quality of artists,” she adds.
The Arts Foundtion has also appointed Sir Eion Edgar and Lady Jan Edgar as Patrons of the Icon Awards after Sir Eion’s retirement as a Trustee in 2010 and their remarkable $500,000 donation to the Foundation.
Sir Eion has long been a champion of the Icon Awards and says too often our most celebrated artists have gone without recognition. “The Icon Awards offer New Zealanders the opportunity to congratulate our most accomplished artists on their achievements and to celebrate their work with them. This is an important function for any developed society and one that Jan and I are proud to be associated with,” he says.
The Arts Foundation is a trust that receives private donations and legacies to support artists. More information regarding the Arts Foundation and the Icon Awards is available at www.thearts.co.nz
About the recipients: 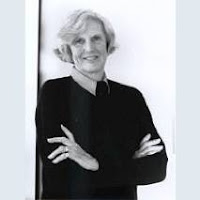 Acclaimed writer Barbara Anderson has won many awards for her books, in and internationally.
reviewer, Nick Hornby, was so inspired by Barbara’s work that he claimed it was only a matter of time before replaced as the centre of the literary world.
Her books include I Think We Should Go into the Jungle, Girls High, Portrait of the Artists's Wife, All the Nice Girls, The House Guest, and Proud Garments.

Marti Friedlander began taking photographs professionally in 1964 and is responsible for some of ’s most iconic photographs. She is very well known for her 1972 collaboration with Michael King, Moko: the art of Maori tattooing.
Film-maker Sir Peter Jackson won international attention early in his career with horror comedies such as Bad Taste and Braindead, before coming to mainstream prominence with Heavenly Creatures, The Lord of the Rings trilogy and King Kong.
Greer Twiss has been creating bronze sculptures for fifty years and was a pioneer of bronze casting in .  His sculptures are included in all major public collections in and many private collections here and abroad. 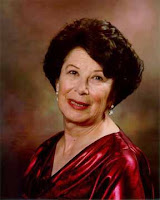 Dame Gillian Weir is a world-renowned concert organist who has performed internationally in the most prestigious concert houses, has sold thousands of recordings and reached an audience of millions as a broadcaster in a BBC series about the organ called The King of Instruments.