Waterstone's: no deal this week, no year-end deadline 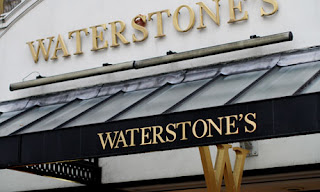 Any deal to sell Waterstones to Russian billionaire Alexander Mamut is unlikely this week, and could be several weeks off, according to sources familiar with the situation.Reports that a deadline of Saturday - HMV Group’s year end - had been set for Mamut to table an offer for the business are incorrect, and talks are ongoing.

HMV has confirmed that it has considered the option of a CVA as part of the process of renegotiating its banking covenants. However, it is understood it has only been looked at on a hypothetical basis and does not form part of the retailer’s current plans.
Trading has continued to be tough for HMV and the hot weather is not helping the beleaguered business. However, the six trial HMV stores, featuring a higher proportion of technological products, are understood to be performing well.
HMV will issue full-year results in June.
Posted by Beattie's Book Blog at 8:28 pm