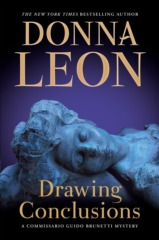 We’ve collected the hardcover books debuting on Indiebound’s Indie Bestseller List for the week ending April 17, 2011–a sneak peek at the books everybody will be talking about next month.
(Debuted at #4) The Twilight Saga: The Official Illustrated Guide by Stephenie Meyer: “This comprehensive handbook-essential for every Twilight Saga fan-is full-color throughout with nearly 100 gorgeous illustrations and photographs and with exclusive new material, character profiles, genealogical charts, maps, extensive cross-references, and much more.” (April 2011) 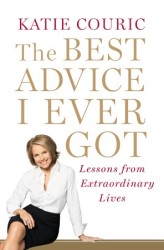 (Debuted at #11) The Best Advice I Ever Got by Katie Couric: “What was the tipping point for Malcolm Gladwell? What unscripted event made Meryl Streep who she is? How did Mario Batali cook up his recipe for success? In this inspiration-packed book, Katie Couric reports from the front lines of the worlds of politics, entertainment, sports, philanthropy, the arts, and business—distilling the ingenious, hard-won insights of leaders and visionaries.” (April 2011)

(Debuted at #12) Drawing Conclusions by Donna Leon: “Late one night, Brunetti is called away from dinner to investigate the death of a widow in her modest apartment. Though there are some signs of a struggle, the medical examiner rules that she died of a heart attack. It seems there is nothing for Brunetti to investigate. But he can’t shake the feeling that something or someone may have triggered her heart attack, that perhaps the woman was threatened.” (April 2011)

(Debuted at #15) Ladder to the Moon by Maya Soetoro-Ng and illustrated by Yuyi Morales: “Little Suhaila wishes she could have known her grandma, who would wrap her arms around the whole world if she could, Mama says. And one night, Suhaila gets her wish when a golden ladder appears at her window, and Grandma Annie invites the girl to come along with her on a magical journey.” (April 2011)
Posted by Beattie's Book Blog at 8:19 am

I so love reading. I am reading the Twilight Book and have seen The Twilight Saga Official Illustrated Guide at Big W the other day while in town. I love the DVD and the book series :)