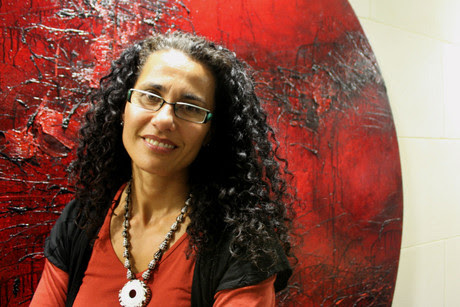 Pacific Poet Dr Selina Tusitala Marsh will be performing these words, addressing the plight of the Pacific under global-warming, at the largest-ever gathering of world poets next month.
Dr Marsh, author and English lecturer at Auckland University, will represent the Pacific island of Tuvalu, the birthplace of her grandfather, at the Poetry Parnassus Festival in London.
Poetry at Parnassus will feature poetry from each of the 204 nations competing in the London 2012 Olympic Games.
She says this event is a great opportunity to use poetry as a way to emotionally engage an international audience about one of the most pressing issues facing Tuvalu.
“I leapt at the chance to convey through poetry some of the urgent issues that Tuvalu faces and to be able to talk about them on the global stage," says Dr Marsh.
“I find poetry really effective because it appeals to one's emotions, rather than sermonising or bashing people over the head about the most pressing issue, which is global warming, the rising seas, and that scientists predict that about in 30 years there will be no Tuvalu.”
As part of the festival, Dr Marsh – alongside other poets – will be touring the UK, doing free poetry readings at various types of venues.
“I'm performing over a dozen times. There are two major events the South Bank Cultural Centre and then we are splitting up and going to cafes, community halls.
“I have very strong New Zealand poems as well that I’m going to share…When I’m in Ireland I’m going to talk about New Zealand and Samoa and Tuvalu. I’m not going to be limited.”
Dr Marsh has also timed the UK release of her anthology of poems Fast Talking PI, a New Zealand best-seller in 2009, alongside the festival.
Bill Manhire will be representing New Zealand at Poetry Parnassus.
Poetry Parnassus is part of the London 2012 Festival, a 12-week celebration running from June 21 until September 9, 2012, bringing together leading artists from across the world.

Brian Croxford is a journalism student at AUT University.