The Nebula Awards 2012: A Look Back And A Look Forward 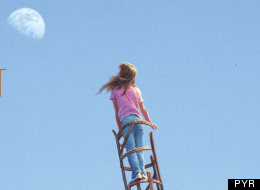 James (Jim) Patrick Kelly and John Kessel are established science fiction authors and the editors of "The Nebula Awards Showcase 2012" (PYR, $17.95), highlighting the winning and nominated stories for the most prestigious science fiction and fantasy awards in the English language.
In this edited excerpt from the book's introduction, they discuss the development of fantasy and science fiction, the names the Nebulas missed, and why literary awards can be paralyzing for a writer.


Jim: When you compare the very first Nebula ballot to our 2011 ballot, you see a lot of differences. There was just one woman nominated in any category: Jane Beauclerk, a pseudonym for M. J. Engh. Yikes! Note that the 2011 ballot has more women than men.
And all five winners in 1966 were science fiction stories, as were the vast majority of the nominees. For the record, the winner for best novel was Frank Herbert’s "Dune", the tied winners for novella were “The Saliva Tree” by Brian W. Aldiss and “He Who Shapes” by Roger Zelazny, the novelette category was won by Zelazny’s “The Doors of His Face, the Lamps of His Mouth,” and the short story award went to Harlan Ellison’s “‘Repent, Harlequin!’ Said the Ticktockman.” In the four plus decades since, we have seen a proliferation of subgenres in our little corner of literature, but clearly we have nominated more fantasy than science fiction this year.

John: I think it’s demonstrable that some of the best work written in the last forty years has been recognized by the Nebulas. And the awards have gone to grizzled old pros and to newcomers, to Ursula Le Guin’s Powers, published in the forty-eighth year of her career, and to Ted Chiang’s “Tower of Babylon,” the first story he ever published. To classics like Dune, The Left Hand of Darkness, Neuromancer, “Aye, and Gomorrah,” “When it Changed,” “Houston, Houston, Do You Read?” “Beggars in Spain,” “Bears Discover Fire,” “Fire Watch,” “Behold the Man,” “R&R,” and “Magic for Beginners.”
To names who could not be more famous (Isaac Asimov) and to those who could (Jack Cady). I find it reassuring that the race does not always go to the best-known competitor; that every year there are new names on the final ballot.
Jim: Speaking from personal experience, the impact of a nomination on a new writer can be profound. It’s hard for any writer to know exactly how she is doing, once she starts selling regularly. Income doesn’t necessarily tell the story. Reviews are a crapshoot—are bad reviews worse than no reviews? Readers may or may not check in. And there are no promotions. Nobody gets to be Vice President of Slipstream or Project Manager for Space Opera or Director of the Zombie Division.
Yes, we have to believe in ourselves and know in our hearts that what we have to say is worth saying, but it helps when our colleagues offer some validation. Best-of-the-year editors certainly have this power, but they are individuals whose sensibilities are theirs alone. But when an organization of your colleagues proclaims to the world that you have written an elite story, you have to believe them. I think that helps the next time your curl your fingers over a keyboard.
Full discussion at HuffPost.
Posted by Beattie's Book Blog at 7:55 am