A fair few 'genre' novels, no non-fiction at all, and the mysterious disappearance of the previous No 4 make the new Penguin library a radical update 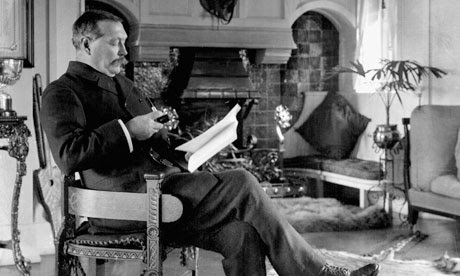 The literary canon, supposedly, is a monolithic entity, serenely permanent against the merely voguish and faddish. Looking through the Penguin Press catalogue for July to December, I was struck by their relaunch of the Penguin English Library – which shows just how permeable and fluctuating the canon actually is.
The distinctively orange-spined Penguin English Library first appeared in 1963, "planned in all respects to take its place alongside the Penguin Classics" – which then was reserved for work in translation. Its aim was to be "a comprehensive range of the literary masterpieces which have appeared in the English language since the 15th century". As an avid collector of them, I have never quite managed to shake the idea that if a work wasn't in the Penguin English Library (or the Classics, or the Modern Classics, or the American Library) then it probably wasn't much good.
There is, of course, a great deal of crossover between the original 1960s list and the 100 titles Penguin will publish this year – the "Great Tradition" of FR Leavis still hangs over the whole endeavour. But the differences are more significant.
One of the first in the new series, Bram Stoker's Dracula, wasn't considered for the original at all. It seems to be part of a trend for recognising literary merit in ostensibly "genre" fiction. Stoker is joined by HG Wells, Arthur Conan Doyle and the Victorian "sensation novelist" Mary Elizabeth Braddon. There is a pronounced bent towards the gothic, with James Hogg's The Private Memoirs and Confessions of a Justified Sinner, Charles Maturin's Melmoth the Wanderer and Matthew Lewis's The Monk all being honoured as classics. By contrast, the original 1963 list included "Three Gothic Novels" – Frankenstein, The Castle of Otranto and Vathek – bundled together as if they were insufficiently serious to be read on their own.
Full piece at The Guardian
Posted by Beattie's Book Blog at 7:54 am