Jonathan Franzen: the path to Freedom


Before the huge success of The Corrections, the novelist was broke, depressed and stuck in an unhappy marriage. In a lecture on autobiography and fiction, he explains how he overcame a sense of shame, guilt and disloyalty 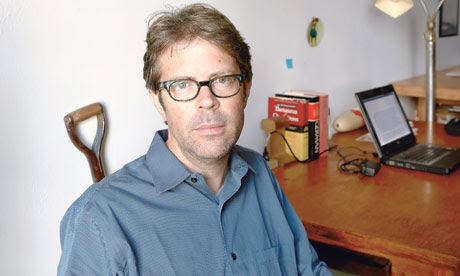 I'm going to begin by addressing four unpleasant questions that novelists often get asked. These questions are apparently the price we have to pay for the pleasure of appearing in public. They're maddening not just because we hear them so often but also because, with one exception, they're difficult to answer and, therefore, very much worth asking.
The first of these perennial questions is: Who are your influences?

Sometimes the person asking this question merely wants some book recommendations, but all too often the question seems to be intended seriously. And part of what annoys me about it is that it's always asked in the present tense: who are my influences? The fact is, at this point in my life, I'm mostly influenced by my own past writing. If I were still labouring in the shadow of, say, EM Forster, I would certainly be at pains to pretend that I wasn't. According to Harold Bloom, whose clever theory of literary influence helped him make a career of distinguishing "weak" writers from "strong" writers, I wouldn't even be conscious of the degree to which I was still labouring in EM Forster's shadow. Only Harold Bloom would be fully conscious of that.
Direct influence makes sense only with very young writers, who, in the course of figuring out how to write, first try copying the styles and attitudes and methods of their favourite authors. I personally was very influenced, at the age of 21, by CS Lewis, Isaac Asimov, Louise Fitzhugh, Herbert Marcuse, PG Wodehouse, Karl Kraus, my then-fianceé, and The Dialectic of Enlightenment by Max Horkheimer and Theodor Adorno. For a while, in my early 20s, I put a lot of effort into copying the sentence rhythms and comic dialogue of Don DeLillo; I was also very taken with the strenuously vivid and all-knowing prose of Robert Coover and Thomas Pynchon. But to me these various "influences" seem not much more meaningful than the fact that, when I was 15, my favourite music group was the Moody Blues. A writer has to begin somewhere, but where exactly he or she begins is almost random.
Read his long and interesting full piece at The Guardian.
Posted by Beattie's Book Blog at 8:02 am