The honour is one of three New Zealand Society of Authors (NZSA) Awards announced today which recognise standout new writers across fiction, poetry and non-fiction categories. The Awards are part of the 2012 New Zealand Post Book Awards; the country’s premier prizes for literature.

Awards’ convenor, Chris Bourke says the judges’ described Wulf as one of the most memorable debut novels in recent times.

“Hamish Clayton's first novel is a work of bravura lyricism, a brilliant feat of imagining that transforms historical events which occurred in early nineteenth century New Zealand into metaphor and myth.”

Mr Bourke says the judges considered Briefcase to be a daring debut that marries law and poetry; a challenging, creative and moving collection.

“Using clever language play, Adams has created a poetry smorgasbord of plain poems, lyrical lines, traditional forms, fake documents, a Sudoku puzzle and so on. But what takes this collection beyond the post-modern gymnasium is its ability to affect you.

“His experimentation with form depends upon the heart as much as it does the intellect.” 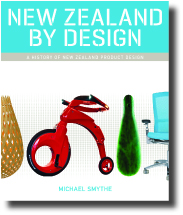 One of the country’s best-known designers, Michael Smythe (right) took the NZSA Best First Book Award for Non-Fiction with his work, New Zealand by Design. 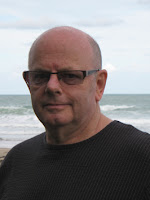 “In this lively examination of New Zealand industrial design, Michael Smythe champions the innovators and visionaries. He also rues the follies and the political and economic decisions that have stymied far-sighted ideas from our designers,” says Mr Bourke.