A bestseller at 91, she forged the modern memoir 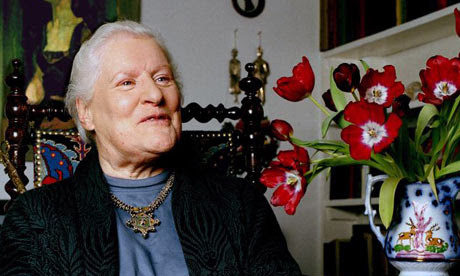 In the early 1980s, the publisher André Deutsch had an idea for a book I could write about the partition of India. I didn't take it up, which I regret now because I was wrong to imagine, as I told him, that "everything" had already been written about the subject. Instead, I proposed a thought of my own: a book about Indian railways, part travel account, part technical history and part family memoir. Too many parts, clearly, but Deutsch liked the idea and a few weeks later I went to his office, where he took out a fountain pen and ceremonially wrote a cheque, saying words to the effect that this was his happiest moment since the day he thought he'd signed up George Orwell (as I guess he told many writers of first books) and then stealing a cigarette from my packet to smoke in celebration.

I went to India for a year and did too much research. Soon after I came home to London, Mrs Gandhi was assassinated in Delhi, which meant there was further postponement as I turned back to journalism. Then one day the phone rang and it was Deutsch, wondering how the book was "coming along". The truth was that it wasn't coming along, but I wrote two short chapters in a panic and sent them in as evidence that his money hadn't gone completely to waste. His response was to invite me to his office for lunch. It was there that I met a brisk woman in glasses, who told me that what I had written was very good and then read a page or two of it aloud to us: to Deutsch, because he had perhaps never bothered to read it himself (the thought occurred to me only later), and perhaps to persuade me that what I'd written was as good as she said, and the book worth persevering with.

She had a fine voice, precise and low, of the kind many more people had then than now, though even in 1984 her kind of accent had lost its claim to be the English that the nicest and best people spoke. "Patrician", "RP" and "Oxbridge" would be the easy adjectives, though what it reminded me of was listening to the BBC's Home Service as a boy and watching British films of the same period, where pretty well everyone spoke like this other than junior policemen and Cockney chars in pinafores. No matter. She read aloud – a few hundred words about an old-fashioned grocer's shop in an Indian railway town – and the fact was that her voice's elegance and intelligence seemed to elevate what I'd written, just as words scribbled in ballpoint seem profoundly transformed when set in 12-point Baskerville. There may have been an almost maternal element to her encouragement. She certainly had something of the kindly schoolmistress or university tutor about her: her thick-framed glasses, her enthusiasm, her opinion that I simply had to go on with it otherwise I'd be letting myself down. As life turned out, I didn't go on with it; I went back to newspapers and returned Deutsch's advance, and therefore as an illustration of Diana Athill's persuasive editorial technique my story is unsatisfactory, showing nothing more than how my torpor, fear and the need to make money could defeat one of the finest minds in British publishing. All I know is that if anyone could have drawn that book out of me it would have been her.

Athill would have been 66 then. She had been Deutsch's right-hand woman for nearly 40 years and went on serving the company that bore his name, even after he had left it, for another eight. Deutsch was the entrepreneurial spirit behind the enterprise, but it was mainly Athill who developed its reputation for good books by finding and fostering writers such as Jean Rhys and VS Naipaul.
Read the rest of this fascinating piece at The Guardian online.
Posted by Beattie's Book Blog at 3:31 pm