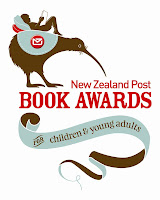 Award-winning authors have launched a war of words against book publishers and the organisers of our top literary awards.
From next year, the number of shortlisted works in the NZ Post Book Awards – formerly the Montana Book Awards – will be reduced by 10 and the number of categories cut from eight to four.
The same amount of prize money will be handed out, but authors are concerned that fiction writers are missing out under the new scheme.
The shortlist for fiction works has been slashed from five to three, and a new Book of the Year prize will be awarded to the judges' choice across all categories, lumping together poetry, fiction and non-fiction works.
Booksellers New Zealand chief executive and awards committee spokesman Lincoln Gould said the cuts had been made to streamline the awards, which had become cumbersome and difficult to understand.
The book awards committee, which included members from the Society of Authors, the Publishers Association, sponsor NZ Post and other industry organisations, had been unanimous in its decision.
But authors say the awards are one of the only chances for fiction writers to get recognition for their work, and reducing the number of finalists would hurt the industry.
Maurice Gee was "very upset" that the fiction shortlist had been slashed.
"I'm a bit upset – actually I'm very upset – they're reducing the numbers from five to three, because the function of the awards is to give New Zealand writing as big an exposure as possible."
Author Charlotte Randall, who was shortlisted for Montana Fiction Awards three times, said comparing fiction with non-fiction for the Book of the Year Award was "crap".
Dunedin author Diane Brown, who represented the Society of Authors on the committee, said though the decision had been made by consensus, "everybody made compromises".
"You understand what it's like on a committee, you don't have an individual voice. Of course I would have liked to have had five shortlisted in fiction and poetry, because that's where my interests lie."
Since 1996, the awards have been New Zealand's only major ones for books. Authors do not nominate their own books – publishers put their clients' work up for selection on their behalf.
HarperCollins managing director Tony Fisk said: "The feeling in the publishers' council was that a tighter, more focused list of books would be easier to promote.
"But we were not looking for it to be as tightly focused as what it is now – it's gone a bit further than that."
The full report at The DomPost.
Posted by Beattie's Book Blog at 10:47 am