Crime fiction has become so violently and graphically anti-women that one of the country's leading crime writers and critics is refusing to review new books. 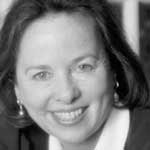 Jessica Mann, (pic left), an award-winning author who reviews crime fiction for the Literary Review, has said that an increasing proportion of the books she is sent to review feature male perpetrators and female victims in situations of "sadistic misogyny". "Each psychopath is more sadistic than the last and his victims' sufferings are described in detail that becomes ever more explicit, as young women are imprisoned, bound, gagged, strung up or tied down, raped, sliced, burned, blinded, beaten, eaten, starved, suffocated, stabbed, boiled or buried alive," she said.
"Authors must be free to write and publishers to publish. But critics must be free to say they have had enough. So however many more outpourings of sadistic misogyny are crammed on to the bandwagon, no more of them will be reviewed by me," said Mann, who has written her own bestselling series of crime novels and a non-fiction book about female crime writers.
She said that when a female corpse recently appeared on the jacket of a crime-writing colleague's new book, the author pointed out to her publisher that the victim in the story was actually a man. Mann said the publisher replied: "Never mind that. Dead, brutalised women sell books, dead men don't. Nor do dead children or geriatrics."
Mann said the most disturbing plots were by female authors. "The trend cannot be attributed to an anti-feminist backlash because the most inventive fiction of this kind is written by women," she claimed. "They are, one author explained to me, best qualified to do so because girls grow up knowing that being female is 'synonymous with being prey'." The British market for crime fiction is worth more than £116m a year, with almost 21 million books sold. Women account for almost 60% of the genre's market, with females aged over 55 the most avid readers.
Natasha Cooper, former chair of the Crime Writers' Association, agreed with Mann. "There is a general feeling that women writers are less important than male writers and what can save and propel them on to the bestseller list is if they produce at least one novel with very graphic violence in it to establish their credibility and prove they are not girly," she said.
Val McDermid, author of the books adapted for the television series Wire in the Blood starring Robson Green, whose novel The Mermaids Singing won the association's Gold Dagger for best crime novel of the year, said that crime writing was increasingly "sensationalist and gratuitous" because of the demands of the market.
Read the full report at The Observer.
Posted by Beattie's Book Blog at 6:48 am