Coben picks up crime award, La Plante slates celeb authors
22.10.09 Philip Jones reporting in The Bookseller
US crime writer Harlan Coben was named this week as ITV3 viewers' favourite crime genre author, beating Dick Francis, Alexander McCall Smith, Nicci French and Martina Cole after an online poll which lasted six weeks. But it was Lynda La Plante who stole the show with her views on celebrity authors.
The award was announced at the Specsavers Crime Thriller Awards 2009, held on Wednesday night (21st October) at the Grosvenor House Hotel in London.
La Plante expressed her views on celebrity authors while on stage collecting her trophy to commemorate joining the 'Hall of Fame'. La Plante told publishers they needed to "cut through the dross" and put their "millions of pounds" into authors other than those enjoying "15 minutes of fame". This comes after the Daily Mail published an article this week in which authors including P D James dismissed the trend of celebrity authors. It named Martine McCutcheon who was also at the awards. Her debut novel The Mistress is due to be published by Macmillan in November. 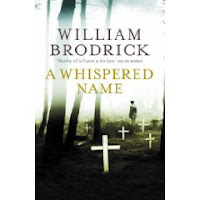 The best crime novel of the year went to William Brodrick who won the CWA Gold Dagger 2009, sponsored by BooksDirect, for A Whispered Name (Little, Brown). The year’s best thriller was The Last Child by John Hart (John Murray), which won the CWA Ian Fleming Steel Dagger 2009, sponsored by Ian Fleming Publications Ltd. Johan Theorin's Echoes From The Dead (Doubleday) won the CWA John Creasey (New Blood) Dagger 2009, sponsored by Louise Penny and Michael Whitehead, as a first book by a previously unpublished writer, awarded in memory of CWA founder John Creasey.
Colin Dexter, Lynda La Plante, Ian Rankin and Val McDermid collected trophies to commemorate their inaguration into the Hall of Fame.
HBO's "The Wire" picked up two gongs, as best drama and its star Dominic West as the best actor. Juliet Stevenson won the best actress dagger.
The Specsavers Crime Thriller Awards 2009 will be televised on ITV3 on Tuesday, 27th October at 9pm.
Posted by Beattie's Book Blog at 7:35 am