WHAT CAN BE DONE TO REVITALISE THE MONTANAS?

This is the very timely question posed by Listener Arts & Books Editor Guy Somerset in a page long thoughtful piece in the NZ Listener dated August 2-8 which will be on sale next week.
(One of the advantages of being a subscriber is to receive your copy before the non-subscribing punters.)
Somerset makes a number of valid points about the need for a fresh look to be taken at the whole structure of the awards and draws a comparison between the reaction of the organizers to criticism of judging decisions with that of criticism leveled at leading UK book awards.
He makes a number of specific suggestions including splitting up the fiction awards, the poetry awards and the non-fiction awards.
And his suggestion which I warmly endorse - "making the judging process less like a Creative New Zealand grant application and more intuitive, more like the way people actually read.”
Let us hope that Booksellers New Zealand will undertake a review of the Montana New Zealand Book Awards, that they will take on board suggestions by Somerset and others, and pay heed to the widespread criticism they came in for at the time of the shortlist announcement.
And here is another point for consideration sent to Bookman Beattie by bookseller and former publisher Tom Beran:
My concern regarding the Montana awards has been bugging me for years i.e. the Peoples Choice award which carries a monetary prize of $1000. I have never been able to understand the purpose of this award as the winning author in any year may have encouraged friends, family etc to vote for him/her and due to a small response for such awards (unlike the Children’s one) we may get a strange result.
Surely the best process is to look at the sales of major selling titles over the calendar year to create a shortlist of say 5 titles, and then the Booksellers NZ/Montana Awards management committee who are unbiased towards any book, author or publisher can chose the appropriate winner by popularity and discussion.
This would give the award some parity with the Nielsen BookData Booksellers Choice Award which I don’t think carries any monetary prize, just the prestige of being the booksellers’ favourite title to have been selling. Take this year’s w 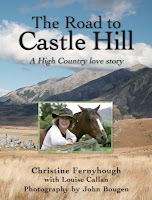 inner ROAD TO CASTLE HILL, sold 23,000 copies, surely that makes it a more popular and legitimate Peoples Choice than a novel which has sold maybe 2000-2500 copies. I am not saying that the title with most sales should win, but the top 5 selling titles should be considered on their individual marketing merits.

All in all there is plenty for the organizers to think about if the Montana New Zealand Book Awards are to continue “celebrating excellence in New Zealand books.”
Posted by Beattie's Book Blog at 1:18 pm

Rip it up and start again.

Hamish Keith's Big Picture has sold over 12,000 copies and probably will end up at 15 before its drops of its active shelf life perch.
Yet he didn't get a mention in the Montana - so maybe an alternative shortlist based on sales aint that bad an idea.

As for the People's Choice thing - the Webby Awards manage to run a really interesting example of this idea.

Have a chat to Ant Timpson -- the 48 Hour Film Festival gets it right. ( www.48hours.co.nz ) Local heats judged locally; winners go on to grand final judged by international guests; wild card entrants are nominated by a professional third party (Peter Jackson).

Decisions on winners naturally remain contentious but the bulletin board forum (registered users only) is the check and balance. People really rage on these boards but the energy, netiquette and self-policing level of criticism shames us all, IMHO. Makes a difference that Timpson himself wades into the debate.

The 48 Hours competition has been running for several years so its online community has evolved over that time.

It's a hard question. What about all those non-BPANZ sales such as supermarkets, the Warehouse, book club sales, etc? Tom's right, the patient's running a temperature, but do we know where to insert the thermometer?