in the middle of Trendy But Casual, the recent novel by Paula Morris. It’s hilarious. It’s outrageous. And it should never have been written.
Paula Morris is, after all, a New Zealander, and a half-Maori one at that. Trendy But Casual is told from the point of view of an all-American girl living in New York.
That’s cultural appropriation. Instead of basking in the glow of a book well-written (and awards well-won), Ms Morris should be deeply, deeply ashamed.

If that sounds insane, consider this. In November, 2005, New Zealand artist Lyn Bergquist was shown the door. The Warkworth artist’s work, intended to be displayed at an Auckland gallery, was rejected by the gallery owner because… because it depicted Maori flags.
Oedipus Rex Gallery director Jennifer Buckley told Radio New Zealand, “Flags are symbols and emblems of a very specific culture. And these are Maori flags. I would have the same issue with a Maori artist using my MacKenzie tartan.”
Flags or tartans, art or literature, the issue is cultural appropriation. Of all the dumb ideas to come out of academia, cultural appropriation is just about my least favourite.
Why? Oh, let me count the ways.
But first, a quick review.

Here's how New York Times reviewer Richard Eder described E. Annie Proulx’s novel, Close Range: “She knows…extraordinarily much about males: their bodies (who else writes of them with such lyrical respect?), the roughness and wary companionship of a raw macho society and a sporadic, startling sweetness.” [Book review, May 23, 99, p 8] 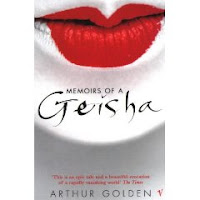 I felt the same about Julian Barnes’ description of the experience of a young girl in his novel, England, England. It had a ring of truth as clear as a pure crystal goblet.
The literary and film worlds have both been enriched Memoirs of a Geisha by Arthur S. Golden and Remains of the Day, a spelunk deep into the mind of a traditional English butler, by Kazuo Ishiguro.
Yet, all these books would be banned, or at least derided, if the cultural appropriation school of artistic criticism had its way. For they all suffer from the same “flaw” — their main characters are not of the same gender and/or ethnicity as the author. The author is therefore “appropriating”, an academic term for stealing from another culture or poaching into a province that is not his own. 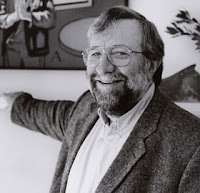 I say “his” own because the finger of appropriation is most often aimed at males, and white males in particular. William Styron got it in spades for writing The Confessions of Nat Turner. In New Zealand, remember how author Michael King caught it for writing on Maori leaders? Despite his intent “to make Maori preoccupations more intelligible to some non-Maori New Zealanders”, both Te Puea and Whina caught heavy flak for cultural appropriation.
As a writer, the very notion of appropriation drives me crazy.
The first and worst thing about it is this: the notion of appropriation strikes at the very heart of what artists — painters and sculptors, composers and lyricists, novelists and playwrights — do. We make things up. We make people up. We make up cultures and countries and tartans and flags. And the only limit we want applied to our characters is the limit of our imaginations. I'm writing a book with three main characters: a Jewish boy from New York, a Montana boy in trouble with the law and a Black girl who’s the catcher on a baseball team. If I took appropriation seriously, two of ‘em would have to go. 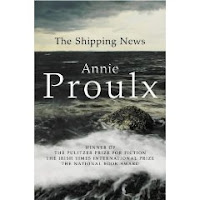 Second, I firmly believe the world is a better place for “appropriation.” If Annie Proulx hadn't written about Newfoundland because she was an American, Shipping News would never have won all those awards. If Ted Dawe hadn’t written about living rough because he’s not a street kid, a member of the young urban tribe, K. Road would never have been published. And, really, if Paula Morris hadn't written Trendy But Causal, I wouldn’t have spent half an hour rolling around in bed, laughing my socks off.
All three books reveal the world, perhaps all the better because the authors viewed the place they were writing about with the fresh eyes of someone from a distance.
Third, if appropriation is damaging to writers, it’s just as damaging to other arts. Would the world be as rich, would women be better served, if Reubens didn’t paint their likeness? If Picasso had limited his art to white European males? If Titian, if Rodin, if most of the visual artists of our millennium hadn't followed their own admiring vision?
Fourth, and for now, finally, when academic voices call for an end to appropriation as a protection of minority culture, they pose the greatest danger to… minority artists. Why should Black artists be limited to painting Black subjects? Jewish women to writing about Jewish women? Ngai Tahu writing poems about Ngai Tahu and not Ngati Mahuta, Ngai Wai, or white settlers from Dalmatia? Would New Zealand really be better off in Hone Tuwhare only wrote from a Maori perspective, and only about Maori subjects?
My answer is… well, my first answer is “Duh.” I mean, how dumb does a concept have to be before it gets dumped on the slagheap of stupidity? Where are the intellectual Darwin Awards when we need them?
But my longer answer is the world is better for “appropriation,” that artists are better for appropriation and that minority artists would be in a tight and narrow place without appropriation.
What’s derided as appropriation, I celebrate as imagination. Deep in my heart, I do believe that no artist should be limited by anything other than imagination. 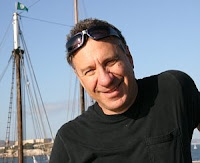 Jules Older’s first book was The Pakeha Papers. His latest is PIG. After many years in Dunedin, he now lives in San Francisco.
Visit his website here.


CALLOUT
Where are the intellectual Darwin Awards when we need them?
Posted by Beattie's Book Blog at 7:31 am

Great post! This was discussed on some of the panels at the Byron Bay Writers' Festival on the weekend. Basically some writers felt comfortable writing outside their own experience and others pulled back when they felt they felt they couldn't 'authentically' imagine the world they were writing/researching. But the backbone of fiction is obviously imagination - you're exactly right. Australian author Max Barry was questioned as to why he sets his books in the US - but really his corporate/consumerist satires are perfectly suited to that environment and would have felt contrived elsewhere.
LM

A similar discussion is happening over at Rachael King's blog too

...one wonders where these spectres of 'academic' knowledge, judging cultural appropriation live? Where can I find them? Who has censored Paula Morris? Why is an art gallery owner part of some "intellectual" conspiracy?