LOPSIDED - an uplifting honest memoir
Meredith Norton - Hachette - $38.99
The author is in love and moves to Paris to be with her husband. She thought that coming to grips with the French and how they live life was hard enough - and then she was diagnosed with breast cancer. 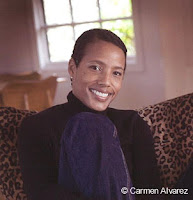 Her story (author piuc right) is at times harrowing and horrifying while at other times it ius hugely amusing and rich in black humour. Honest, disarming and hard to put down LOPSIDED is in the end inspirational.

WHO IS SYLVIA
The Diary of a Biography of Sylvia Ashton-Warner
Lynley Hood - Longacre Press - $29.99
Longacre Press has done us all a favour with the republishing of this fine title orginally published by John McIndoe in 1990.
Their timing is impeccable as The University of Auckland has just this week announced that they will mark the centennial of the birth of Sylvia Ashton Warner, one of New Zealand's most controversial writers by hosting an international conference later this year.

The International Sylvia Ashton-Warner Centennial Conference 2008, hosted by the Faculty of Education and the Faculty of Arts, is an opportunity for scholars, writers, literary critics, teachers and others to celebrate and critique the work of this talented and complex woman.

Speakers at the conference include Sylvia's son, Elliot Henderson; and Professor Emeritus of English CK Stead, who will interview Robert Gottlieb, Sylvia's New York-based publisher, via satellite. Described by the Wall Street Journal as "the most influential book editor in the world", Robert Gottlieb has run two of America's most prestigious publishing companies, Simon & Schuster and Alfred A Knopf, where he currently works.
Speakers also include Lynley Hood, Sylvia's biographer; and Iritana Tawhiwhirangi, Sylvia's colleague and founder of Te Kohanga Reo, who was greatly influenced by Sylvia's approach to teaching.
Conference organisers say the response to the Call for Papers has been strong, and they have received a wide range of academic papers and submissions from literary critics, fiction writers, teachers, poets, historians, social theorists and philosophers.

"The conference will be a great opportunity for local as well as international scholars and writers to celebrate the work of one of our leading authors who, controversially, has been neglected in New Zealand. Ashton-Warner's work expressed a deep sense of belonging as well as one of rejection a tension many creative New Zealanders have felt in their lives," says Faculty of Education Professor and conference organiser Alison Jones. "Sylvia still has lessons for educators. She stressed that reading is a dangerous activity. Do many teachers today know what she meant?"

ADDRESS TO IMPRESS - 200 words you should use
Chambers $25.99
A manageable way to improve your vocabulary: 200 words common enough to be generally understood, but difficult enough to be misused or neglected
Each term explained fully in everyday language
Examples from reputable sources showing how these words can be used to good effect.Great fun.

THE SHARPER YOUR KNIFE, THE LESS YOU CRY
Love, Laughter & Tears at the World's Most Famous Cooking School
Kathleen Flinn -Piatkus -$38.99
Initially reading this put me off my dream of ever going to Le Cordon Bleu but in the end the author's unique look inside the famous (terrifying) establishment and her falling in love with the place and the teaching methods restored my fantasy of going there as a student.
A mid-thirties American working in London the author decided to enrol after being made redundant from her corporate job. If coooking and Paris interest you then here are both those subjects served up in a most appetising manner. 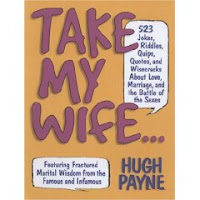 TAKE MY WIFE
Hugh Payne -Black Dog & Leventhal (Bookwise) - $19.99
535 jokes, riddles, quips, quotes, wisecracks about love and marriage, and the battle of the sexes.
Posted by Beattie's Book Blog at 11:35 am