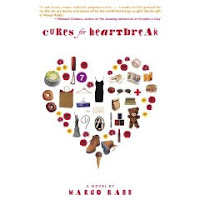 From The New York Times, Sunday.
When my agent called to tell me that my novel, “Cures for Heartbreak,” had sold to a publisher, she said, “I have good news and bad news.” The good news: an editor at Random House had read it overnight and made an offer at 7:30 a.m. The bad news: the editor worked at Random House Children’s Books. 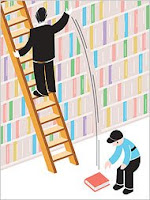 Illustration (right) by Stephen Savage
My agent recounted the story of my novel’s sale, its rejections and close calls, and its particularly close call with editors at two Random House adult imprints. Both had wanted to buy it until the editor in chief decided the novel would be “better served” by the young adult division.
My literary novel about death and grief, which I’d worked on for eight years, was a young adult book?
Apparently, I had unintentionally slipped across an increasingly porous border, one patrolled by an unlikely guard. “The line between Y.A. and adult has become almost transparent,” said Michael Cart, a former president of the Young Adult Library Services Association and a columnist for Booklist. “These days, what makes a book Y.A. is not so much what makes it as who makes it — and the ‘who’ is the marketing department.”
Read the author's full essay here.
Posted by Beattie's Book Blog at 7:48 pm