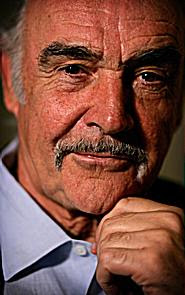 Meg Henderson writing in The Sunday Times
Sean Connery has once again found himself on the receiving end of media criticism, this time because his forthcoming book with Murray Grigor is more about his personal reflections on being Scottish, rather than about who he is as a man, and much has been made of what it isn’t rather than what it is. It is understandable in a way, I suppose, because the man does have a story to tell about himself.
I first encountered Sean in the 1980s. I was a foster/adoptive parent and knew there was insufficient support out there for people who took on very disturbed children. So I set up a charity to provide what local authorities didn’t.
I wrote to Connery and Jackie Stewart — as well as every other prominent Scot I could think of — explaining that these kids were a lost resource, future doctors, inventors, even actors and racing drivers who wouldn’t be given a chance. The result was that their fund, the Scottish International Education Trust, gave my charity a few thousand over three years.
After that Connery and I kept in touch, mainly by letter. For years I nagged him about doing a book, with someone I consider to be Scotland’s premier writer, and I used every ploy I could think of.
He was sick of unauthorised biographies coming out, most full of fantasy, fabrication and downright lies. I told him that would continue until he spoke himself. But he would have to do an honest book. If he left gaps all those suspicious journalists out there would plough their way through to find out what juicy things he was hiding.
For the full story go to The Times online.
Sean Connery is appearing with Murray Grigor at the Edinburgh Book Festival, Mon Aug 25
His book is BEING A SCOT, Weidenfeld & Nicolson.
Posted by Beattie's Book Blog at 10:49 am