SNIPPETS FROM THE LATEST NEWSLETTER FROM I.I.M.L.
This is an excerpt from the 124th in a series of occasional newsletters from the Victoria University centre of the International Institute of Modern Letters. For more information about any of the items, please email modernletters@vuw.ac.nz . You can also read this newsletter online.
The School of Hard Knox 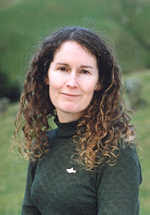 We have just discovered that later this year novelist sisters Sarah and Elizabeth Knox will be leading a course about world-building for fiction. Their one-off course will explore strategies for creating whole, real-seeming worlds in long fiction and will encourage writers to think about what kind of world they want to make in their novels.

“It will help you identify possible premises for your worlds, whether a character's predicament, a dramatic event, or a setting—a place, period, atmosphere. Through a combination of lectures, workshops, and discussion, you will explore how to find and recognise book-starting ideas and go on to follow the logic of ‘if this, then that’ by workshopping processes of consequential invention. The course covers choice of point-of-view, ways to float a reader on information (rather than to drown them in it) and the pleasures and pitfalls of research.”

Dave Armstrong’s King and Country, which won Best Dramatic Production at the 2008 NZ Radio Awards will be broadcast on National Radio this Sunday 1 June at 3.00 p.m. King and Country is a powerful and evocative drama based on the personal
accounts of six New Zealanders during World War I. Stories of Māori and Pakeha soldiers, nurses, and civilians are interwoven with treasured New Zealand war songs and hymns, sung to the accompaniment of a live brass band. This radio version of King and Country directed by Prue Langbein features the original cast and offers listeners the chance to make a connection with a highly significant chapter of New Zealand’s history.

Author Doug Wilkins, who recently settled in Wellington, is in the process of replicating the writers’ colony success he had when he was based in San Francisco. Doug is currently finalising the purchase of a property in central Wellington that would become offices just for writers. Rent per office is TBA, but would be less than $95 a week. The colony, The Pohutukawa Garret, would be a place where writers could cogitate and incubate rather than procrastinate. The writers’ colony in San Francisco, The Sanchez Grotto Annex, has produced travel guides, novels, non-fiction books, freelance articles, web content, short stories and poetry.
Already two books from the San Francisco colony have become bestsellers, and a third won the PEN Award for Non-Fiction. “What worked in San Francisco will definitely work here,” he says.For further information contact Doug Wilkins at dbwilkins@gmail.com or at 021-138-5050.
Posted by Beattie's Book Blog at 4:48 pm