Over twenty international and forty New Zealand writers will converge on the Christchurch Town Hall from 5 – 7 September for The Press Christchurch Writers' Festival 2008, an event which continues to grow in size and significance in New Zealand’s cultural landscape. 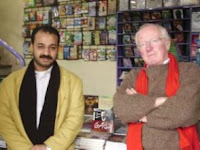 Robert Fisk is a bestselling author and journalist based in Beirut as Middle East Correspondent of the ‘Independent’. He has lived in the Middle East for three decades and holds more British and international journalism awards than any other foreign correspondent. His last book, The Great War for Civilisation, a history of his career and the numerous conflicts he has covered, was published internationally to great critical acclaim. He is also the author of Pity the Nation, a history of the Lebanese war.

ran Xue, author of The Good Women of China and Sky Burial, was born in Beijing during the throws of the Cultural Revolution. In 1997 she moved to London, where she began work on The Good Women of China, her book about Chinese women's lives. Since then she has written a regular column for the Guardian and published her novel, Miss Chopsticks, as well as a book of her Guardian columns called What the Chinese Don't Eat. Her latest book, China Witness unlocks the secret history of modern China. This unprecedented oral history comprises perhaps the only accurate record of modern Chinese history. It is a personal testimony of a generation whose stories have not yet been told. 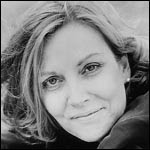 Kate Atkinson was born in York, UK and now lives in Edinburgh. She won the Whitbread Book of the Year for her first novel, Behind the Scenes at the Museum, and has been an international bestselling author ever since. She is the author of a collection of short stories, Not the End of the World, and of the critically acclaimed novels Human Croquet and Emotionally Weird. Her most recent bestseller, Case Histories, introduced the character Jackson Brodie, a former police inspector, and won the Saltire Book of the Year Award and the Prix Westminster.

Bookings for all sessions and events for The Press Christchurch Writers' Festival 2008 will open July 16 at Ticketek with the release of the full festival programme.
For more information, interview and photo opportunities, please contact: