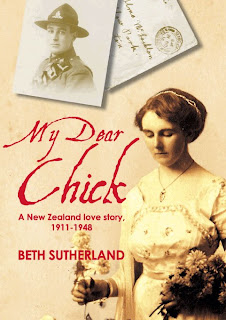 A PUBLISHER RESPONDS
Canvas and David Hill gave generous coverage and comments to My Dear Chick, reviewed on May 24.
However, David Hill says that, with modern technology, “books which may not have made it into print if submitted to mainstream publishers are increasingly appearing in shops, via personal presses”. It is unclear why he thinks My Dear Chick was the product of a ‘personal press’, a kinder way of saying ‘self-publishing’.
Possibly it was because Fraser Books and the author are both based in Masterton. In fact, Fraser Books has quietly published nearly 100 books since its first bestseller,
Sonja Davies’ Bread & Roses in 1984, and one of its principals has been publishing books for nearly 40 years. Certainly, modern technology allows short runs to be produced more economically,but has nothing to do with how well a book is shaped, edited and designed.
It is true, though, that ‘mainstream publishers’ are largely overseas owned and preoccupied with the bottom line, so often more committed to publishing books by or about marketable ‘personalities’ than the work of unknowns. Fraser Books continues to publish to give a voice to these writers and to tell stories that would otherwise be lost. There are a number of other small presses, particularly in Auckland and Wellington, who are publishing some of the country’s most interesting and important books for the same reasons.”

Ian and Diane Grant,
Fraser Books.
For more on the Grants and Fraser Books use this link.
Posted by Beattie's Book Blog at 4:14 pm