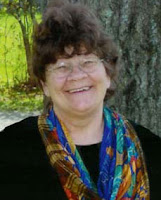 Joy Cowley has won the New Zealand Post Book of the Year prize for her novel, Snake and Lizard.

New Zealand Post Book Awards 2008 judges’ convenor, Dylan Owen says Snake And Lizard brings together the best of New Zealand writing and illustration that deserves a readership beyond its intended audience.
‘Cowley’s book impressed the judges with its assured writing, humour and gentle, unforced observations on the nature of friendship.

‘Both witty and wise these timeless stories are an utter joy. They make you laugh, sigh and read all over again.’

‘From dust cover to endpapers and Gavin Bishop’s exquisitely detailed illustrations that added another rich dimension to both the book’s characters and its American South West setting.’

The award was presented to Joy Cowley’s husband, Terry Coles in Mrs Cowley’s absence, and Gavin Bishop at the Wellington Town Hall today by the Prime Minister, Helen Clark.
Joy Cowley was unable to attend the awards because of a long-standing engagement to present writing workshops for the Ministry of Education in Singapore.

She said in a speech read by her husband that she remembered a time when writing for children was considered to be the occupation of people who had failed at adult writing.
‘The New Zealand Post Book Awards… have given children’s literature in this country rightful status. Clearly this is good for the authors of children’s books; but I believe that the greater benefit goes to the children of Aotearoa.
‘The award validates them as readers who have their own authority and who are deserving of standards of excellence.
‘From this compulsory distance I send my sincere thanks, New Zealand Post, on the behalf of our beautiful tamariki.’

The category winners and honour awards recipients in the New Zealand Post Book Awards 2008 are: 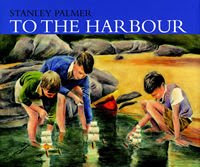 The winner of each category was awarded with $7,500. The winner of the New Zealand Post Book of the Year Award takes home an extra $7,500.
The winner of the Best First Book and the Children’s Choice Award receive prize money of $2,000 each.
The honour awards were presented in three categories this year. These awards are discretionary and are awarded in recognition of particular features in each book. For the first time this year, all honour award recipients received a monetary award of $500.
The New Zealand Herald ran a nice piece on Joy Cowley this morning. Read it online.

On 2 June, Penguin Books will be releasing Gool, the sequel to Salt.

Snake and Lizard is an absolute gem of a book. I don’t know how Joy manages to write such wholesome, warm tales without being patronising or trite. She’s a wonder! And Gavin’s illustrations have never been better. This one will quickly become an old favourite.

I agree with Anna's comments about Snake & Lizard. My nine year old grand-daughter absolutely loves it.

The NZ Post Awards have got good media attention, but - maybe I've missed it - I haven't yet seen anyone giving the key sponsor, NZ Post, due praise for the increase in prize money this year. Not only that - the ceremony here in Wellington on Wednesday was a very effective and exciting revamp of previous years'. The Town Hall was transformed into a storybook grotto - toadstools, twining ivy, fairy lights - lovely! It must have been an expensive exercise, but our children's writers are worth it. John Allen (head of NZP) is an inspiring speaker - he genuinely knows his stuff when it comes to children's books. NZ writing really needs such committed sponsors. We're darned lucky. I do hope some of the media make comment on this.

Bookman Beattie agrees absolutely with Barbara Else's comments about NZ Post and their CEO John Allen.
NZ Post are hugely generous sponsors in the world of books - NZ Post Writers & Readers Week at the NZ Festival of the Arts, NZ Post Katherine Mansield Fellowship, NZ Post Childrens Book Festival & Awards.
At the opening night function for the NZ Post Writers & Readers Festival I was so impressed with John Allen's brilliant address and its superb delivery that I asked him later if I could have a copy of it to post on the blog.Sorry he said it wasn't written down, I did it off the cuff.Wow, what a performance.
John - for your great corporate generosity to the literary world and for your brilliant, thoughtful speechmaking Bookman Beattie offers thanks and congratulations.

Yes, yes, yes. NZ Post are heroes.
What a fabulous evening it was. Everything you say about NZ Post and John Allen is absolutely spot on.I went away from the event feeling warm and happy, all that wonderful local talent being recognised in this meaningful way. Thank you NZ Post. Long may your reign.