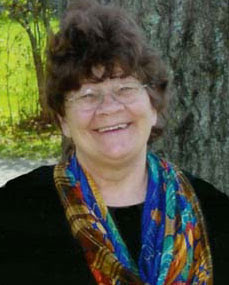 And of course she cleaned up the New Zealkand Post Book Awards last week so I was thrilled to see this lovely tribute to her by Nicky Pellegrino in the Herald on Sunday yesterday.Story reproduced by kind permisson of the author and the newspaper.

Accolades haven’t exactly been thin on the ground for author Joy Cowley over the course of her long career so you could forgive her for being a bit blasé about the latest one to land in her lap. But actually she sounds thrilled that her children’s novel, Snake and Lizard (Gecko) has just won the NZ Post Book of The Year prize, in the annual Children and Young Adults Literary Awards.
“I feel delighted,” says the 72-year-old writer, “although I do also feel a little for other authors who probably wish people like me and Margaret Mahy would drop off our perches! But I’m particularly pleased about this one because it’s my husband’s favourite of all my books. He likes it because Snake and Lizard are based on him and me.”

The book is a collection of gently moralistic tales about two very different creatures learning about the give and take of friendship. Lizard can be a bit excitable rather like Joy, while Snake is calmer and more sensible like Terry, her husband of 20 years. Together they adventure round the desert finding out about life and each other.
Cowley says she and her husband don’t argue quite so much as their fictional counterparts. “But we’re very different. He’s a slow, gentle man and I tend to be on the go and energetic. We compliment each other. He’s the part of me that’s missing and I’m that for him. If we’d met when we were young we wouldn’t have known how to talk to each other but because this was a mature marriage we came into it as friends. Actually I think we’re romantic as a couple. We always go to sleep holding hands and we hold hands in the street.”

Life has slowed down a lot for Wellington-based Cowley lately. A bout of ill health means her husband can no longer travel overseas and she doesn’t much want to go without him so she’s scaled back her commitments in places like Brunei, Malaysia, Hong Kong and Singapore where she’s been running writing workshops for people whose culture is inadequately represented in their children’s books. Her own writing too is slowing down but Cowley can’t imagine giving it up altogether.
“I don’t know what I’d do otherwise,” she says. “What would I do with all those ideas? I’d probably turn into a horrible liar!”
She has a new children’s book out called Chicken Feathers, and is also somewhat tentatively embarking on her memoirs which she plans to call Navigation, “because I think that’s what life is all about.”

In the beginning storytelling was something Cowley did as an escape from her childhood. Her father suffered from a heart condition, her mother from a mental illness and she and her four younger sisters were raised on a sickness benefit.
“Both my parents were pretty violent - towards each other and us - so we tended to avoid them as much as we could,” she says. “My sisters and I told each other stories every night and they were always Indiana Jones type adventures about children like us who won no matter how hard things got. I think that was us remaking our childhood.”
The family moved around a lot and, by the time she was seven, Cowley had been to five schools. “I struggled and was a slow reader,” she recalls. “I didn’t start until I was nine. But once I discovered that reading accessed stories I was away.
Her first novels were for adults and she says they were awfully bleak. “They were obviously therapy novels. As a writer I think you’ve got to unload a lot of that stuff before you get down to the seat of creativity. I’m glad I got my therapy writing out of my system before I started writing children’s books.”
Her own childhood experiences left Cowley wanting to produce early reading books that were not just interesting and entertaining but also loved and affirmed children. She’s been prolific - publishing more than 600 stories - and children from around the world still write her letters that she tries to always respond too. Now a great grandmother, Cowley stays in touch with how children are thinking and is careful not to make her stories too didactic.
“Lots of adults write serious message books for children but when they come home from work feeling tired they don’t tune to an improving documentary, they choose an entertaining sitcom instead,” she points out. “I think sometimes we expect more from children than we do from ourselves.”
Cowley’s award-winning book, with its beautiful illustrations by Gavin Bishop, has the feel of a classic tale that will be read by children for generations.
“Throughout children’s fiction there are friends who have to find a way to friendship through thier differences,” says Cowley, “like Winnie the Pooh and Piglet or Mole and Ratty in Wind in the Willows.
So it seems like Snake and Lizard are in good company.

Nicky Pellegrino is a biographer, novelist and the book editor of the Herald on Sunday.

Her novels are Delicious, and The Gypsy Tearoom and she is currently working on her third, The Italian Wedding, due early 2009. All published by Orion.

Posted by Beattie's Book Blog at 7:01 am