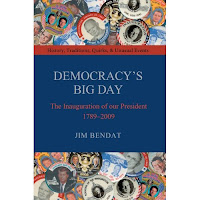 Self-Publishers Flourish as Writers Pay the Tab
By MOTOKO RICH in The New York Times, January 27, 2009
The point may soon come when there are more people who want to write books than there are people who want to read them.
At least, that is what the evidence suggests. Booksellers, hobbled by the economic crisis, are struggling to lure readers. Almost all of the New York publishing houses are laying off editors and pinching pennies. Small bookstores are closing. Big chains are laying people off or exploring bankruptcy.
A recently released study by the National Endowment for the Arts found that while more people are reading literary fiction, fewer of them are reading books.
Meanwhile, there is one segment of the industry that is actually flourishing: capitalizing on the dream of would-be authors to see their work between covers, companies that charge writers and photographers to publish are growing rapidly at a time when many mainstream publishers are losing ground.
Read the full report here.
Posted by Beattie's Book Blog at 7:28 am