The Warwick Prize for Writing has announced its first ever shortlist. The unique prize, open to all genres and nationalities, reveals an eclectic shortlist of six international titles.
The £50, 000 inaugural prize, run and entirely funded by the University of Warwick, stands out as an international cross-disciplinary biennial award open to substantial pieces of writing in the English language, in any genre or form.
This year’s prize theme of ‘complexity’ is interpreted differently by all six shortlisted writers, all experts in their diverse fields. Themes range from global political corruption, female psychology, 20th century music, scientific theories on religion to a Spanish literary fiction puzzle.
The six shortlisted titles chosen from a longlist of 20 are:
Mad, Bad and Sad: A History of Women and the Mind Doctors from 1800
Lisa Appignanesi Virago Non-Fiction
The Art of Political Murder: Who Killed Bishop Gerardi?
Francisco Goldman Atlantic Books Non-Fiction
Reinventing the Sacred Stuart A Kauffman Perseus
- Basic Books - Non-Fiction
The Shock Doctrine: The Rise of Disaster Capitalism
Naomi Klein Penguin Non-Fiction
The Rest Is Noise: Listening to the 20th Century Alex Ross 4th Estate,
Harper Collins Non-Fiction 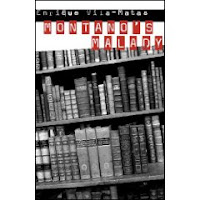 Chair judge China Miéville comments: 'Working through a longlist of such quality and variety, selecting a few excellent books from so many, has been exactly the kind of agonised pleasure you'd think. Every one of the titles on this shortlist is here because all the judges agreed that it is doing something new, doing something complex, and doing them brilliantly.'
The judging panel includes journalist Maya Jaggi; novelist, translator and academic Maureen Freely; Britain’s first book blogger Stephen Mitchelmore and University of Warwick mathematician Professor Ian Stewart.
The winner will be announced on 24 February 2009 at the University of Warwick.
To find out more visit www.warwick.ac.uk/go/prizeforwriting
Posted by Beattie's Book Blog at 9:05 pm