By Claire Kirch with additional reporting by Judith Rosen | 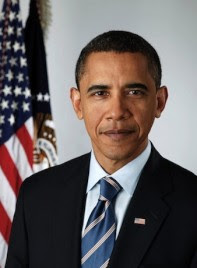 President Obama is traveling the country over the next several weeks on a tour called “A Better Bargain for the Middle Class," during which he will make a series of speeches outlining his vision for the economy and the creation of new jobs. One stop on the tour, at Amazon's Chattanooga, Tenn., fulfillment warehouse, is causing an uproar among independent booksellers who say the stop proves that the current administration is pro-big corporations, and anti-small business.
Obama is scheduled to speak about boosting U.S. manufacturing and high-wage jobs at the Amazon plant, which employs roughly 1,700 workers, but indies feel the visit is a slap in the face to an industry still reeling from a federal court’s ruling less than three weeks ago on e-book pricing. That Obama's Amazon warehouse visit dovetails with news of the discount war between Overstock and Amazon, is not helping the administration's image with the independent bookselling community.
"The Amazon facility in Chattanooga is a perfect example of the company that is investing in American workers and creating good, high-wage jobs," Amy Brundage, deputy press secretary at the White House told Tenn. media outlets on Friday. "What the president wants to do is to highlight Amazon and the Chattanooga facility as an example of a company that is spurring job growth and keeping our country competitive."
Andrea Vuleta, the executive director of the Southern Independent Booksellers Association, tweeted: “Pretty sure that Amazon warehouse appearance confirms why Justice went after publishers. Also not supportive of SBA.” Author Garth Stein tweeted: “When Obama's favorite indie on the Vineyard goes under, where will they get the First Family's summer books? An Amazon locker at 7-Eleven?”
"The president speaking at the Amazon warehouse is a perfect companion to the Justice Department's lawsuit. This administration's behavior, coupled with the Justice Department suit would suggest that this is a presidency very much in favor of supporting the growth of monopoly," Roxanne Coady, owner, RJ Julia Booksellers in Madison, Conn. told PW, "As a bookseller it's annoying to be in an industry where I'm a pawn in someone's multibillion dollar campaign. We're just collateral damage to Amazon's big gain."
More

Posted by Beattie's Book Blog at 6:56 am