HACHETTE New Zealand, the local arm of the global publisher whose titles include biographies of Richie McCaw and Mark Todd, is to cease publishing locally with the loss of 12 jobs including its long-serving management team.

The New Zealand company, which publishes locally under the Hodder Moa imprint, will continue as a marketing and sales office for the group's international titles and New Zealand backlist, according to a statement from Malcolm Edwards, chairman for Hachette Australia and New Zealand.
Local finance, administration and IT functions will be relocated to Australia and publishing will cease in New Zealand after the completion of its 2013 programme.

The New Zealand publishing business has shrunk largely because of "the increased sourcing of books from overseas, at the expenses of the local trade, and the rapid growth of e-books," Mr Edwards said. 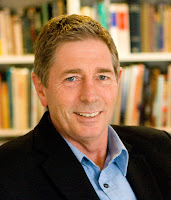 The book trade has been one of the big casualties of online shopping and e-readers and the trend away from hard copy. In early 2011, the Whitcoulls and Borders chains were placed in voluntary administration.

Separately on Friday, writer Paul Little announced he was becoming a publisher, using a scaled-down, low-overhead business model.
Paul Little Books' titles are to include a biography of Kim Dotcom.

This has been a stunner.
Although Collins had dabbled in local NZ publishing for decades, the arrival of Hodders in the 1960s, set a new direction for British publishers promoting local lists. Remember Bert Hingley and how he set lists on fire?
This century I was privileged to work on 3 books with the unflapppable Kevin Chapman, the astute Warren Adler and the amazingly enthusiastic Jane Hingston. Wonderful people and very disciplined - you knew that 60,000 words was 60,000 words.
I wish them and their colleagues well. And regret that publishing opportunities are now so much poorer.

I agree with your comments Gavin,
a sad day for NZ book publishing.

I think you are perhaps understating it somewhat by saying Collins "dabbled in local NZ Publishing for decades". There have been times during my 45 years in the book trade when they were very significant NZ publishers indeed.

And yes Bert Hingley was a dynamic force on the local scene before he shifted to Australia. Before him was the founding NZ publisher at Hodders, Neil Robinson.

Agreed Graham, re Collins and Neil - we do need a history of so-called overseas publishers here, as I once threatened Geoff Walker! As a wee spring chicken like yourself may not know, re Collins, I was thinking back to Victorian times with calendars and the occasional religious tract coming out from PO Box 1, Auckland...
But the main focus must be on our publishers, authors and booksellers today. Hopefully these talented people will find new opportunities as others fill the Hodder, Moa and Beckett niches. Bateman, Exisle, DL and the uni presses are strong and Craig Potton is flourishing...