Update from an agent 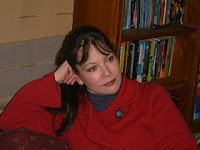 Josh Getzler sent her the following update which she has kindly passed on to me to share with my blog readers.


1) Europe’s economic struggles are clearly affecting its publishers.
Spain and Eastern Europe in particular were very frank in saying that previous aggressive buying has been curtailed. I went with fifteen or so books at the front of my list; my Eastern European co-agent said that they could only see being successful with around three—two of which already had buzz and several other foreign sales; the third was Anne Tyler. With Spain it was somewhat less specific, and more sad smiles and “times are hard.”

2) On the other hand, Brazil seems to be very healthy. Whether from not being in Europe or from having a large population with burgeoning readership, the word from Brazil was “lay it on us.”

3) France is…unique. I have three British historical novels (my joke is that I’m looking for one novel set in every century—to date I’m good with the 11th, 12th, 16th, 17th, 19th, 20th and 21st Centuries. So if you have a good thriller set around Edward III, I’m your man!). A French editor smiled, shrugged, and said “what else do you have?” She was very pleased, however, when I said that I thought the French Revolution could be the next Tudors, and was looking for a good novel set around the storming of the Bastille.

4) Everyone wants a “tentpost thriller” with a Franchise protagonist.
Yes, well…

5) Nobody wants to see any more dystopian YA, particularly paranormal.
Unless, of course, you know…it’s good. But that’s glib. It’s really that from the YA side, there’s a sense that we’re ready for a next trend, to come after the Hunger Games followers are exhausted, which came after the Twilight followers were exhausted. There was a bit of a sense it could simply be realistic fiction, a la John Green; or perhaps witches or angels or new shapeshifters. Zombies are finishing their cycle too, it would appear. The amazing thing, of course, is that it’s going to be the one incredible story, rather than any industry-wide desire for a trend, that will ultimately determine what will be the next Big Thing.